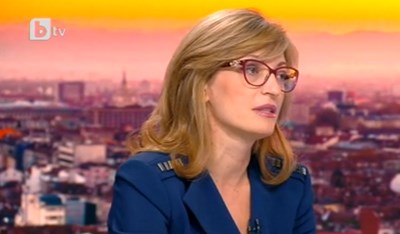 Bulgaria has been one of the most serious supporters of North Macedonia for years and I really want to say – we have signed an agreement, the two prime ministers have signed this agreement and it is not good to dispute what is written in it, said Bulgarian Deputy Prime Minister and Foreign Minister Ekaterina Zakharieva.

Our goal is to recognize the shared history, to celebrate together those heroes who declared themselves as Bulgarians, but fought for the ideals of Macedonia. What is the problem to say – yes, the language that is official according to their Constitution dates back to 1945 and is based on the Bulgarian language. What is the problem to say that? We do not dispute their identity, we were the first to recognize the Republic of Macedonia. There is no legal norm for the recognition of a nation and a language, said Zakharieva.

Zaharieva wants our country to recognize the history: Bulgaria will not give up on the blockade in EU