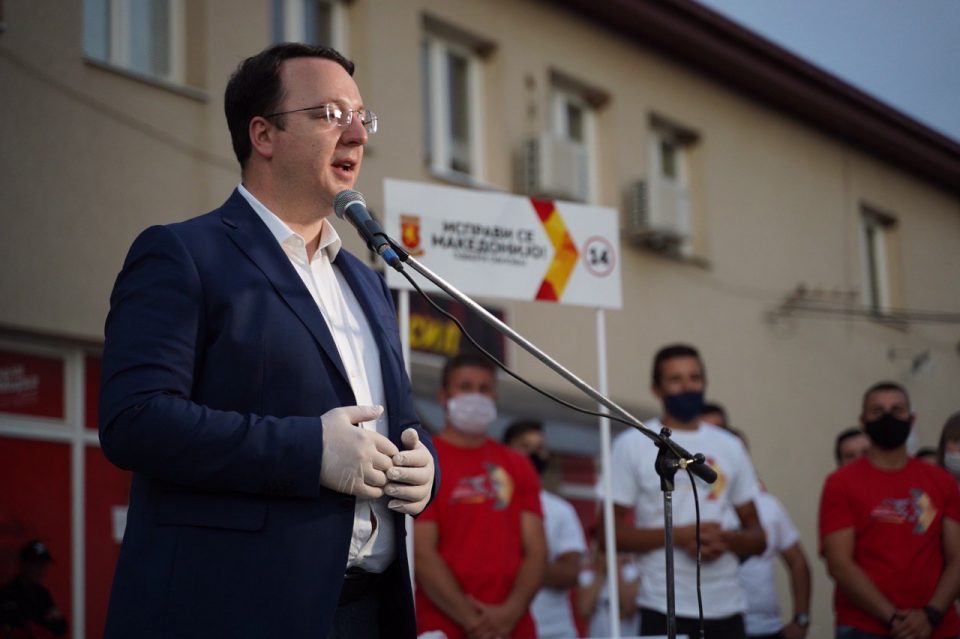 The head of VMRO-DPMNE’s list in the fourth electoral district paid Wednesday a visit to Radovis, Konce, Oraovica and the nearby settlements.

Oraovica has always been the bastion of VMRO-DPMNE and from here the biggest victories begin and so I am convinced that it will be on July 15. People are also suffering in the rest of the fourth electoral. It is the national humiliation and economic devastation that is happening all over Macedonia and in this area.

There is intense talk about the problem of tobacco purchase due to the law passed by the majority of SDSM and under the influence of the green mafia, tens and tens of kilograms of tobacco remained unpurchased and many people tell how tobacco remained in their yards from last year and the rest had to be sold at a much lower price and lower class, adding that they will pledge for a law that will not allow a kilogram of tobacco to be imported into Macedonia until the domestic one is purchased and until it is purchased at a fair and guaranteed price.

Nikoloski once again challenged Zoran Zaev to a TV duel to debate their party programs and said that when the election results arrive on July 15 he will not be able to find the door because of the great defeat that he will experience.