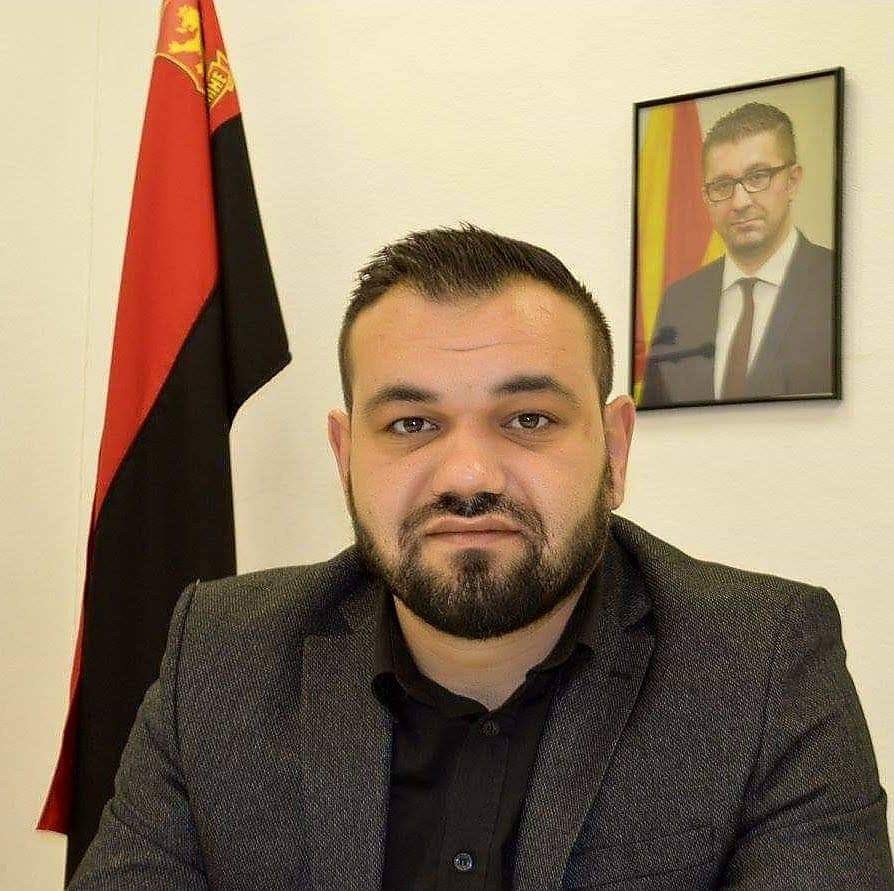 SDSM has been running the municipality of Strumica for more than 15 years. What is the biggest disappointment this party has given to the people of Strumica?

Donev: The biggest betrayal for SDSM people in Strumica is the lost freedom. Strumica has been under SDSM control for 15 years and there are many promised and unrealized local government projects we are discussing, but there is something that will never be compensated to the citizens of Strumica – that is freedom. At the doorstep of the 21st century, run by s party, which is official successor to the Communist Party.

Strumica, who was the messenger of freedom in the mid-1990s when VMRO-DPMNE managed to run the municipality only a few years after independence, today has no freedom to act politically and economically. I am honored to hear from our veterans how much the Strumica Committee has participated in the process of independence, a true bulwark of independence. An epic story that requires us the new generations to embark on the process of liberating Strumica as part of Macedonia’s renewal.

Of course, Strumica people had the highest expectations in the area of economic development, so while VMRO-DPMNE was at the helm of the government it was accused of deliberately stopping the development of the municipality. Today, when the SDSM mandate expires, there is nothimg of the promised changes in the economy of the region.

From the center of the region in the last 15 years Strumica has not become a real economic, commercial, educational, cultural and religious center although before SDSM came to power we had all the prerequisites for such transformation.

After the disasters in previous years, agriculture has been reaching certain prices because there is no longer any production that this region can offer. And there is no production because the region is affected by the migration of the working population to European countries.

Even the industrial zones initiated by the SDSM government itself are not in a significant investment process. Neither infrastructural nor with new capacities of commercial entities.

Even more surprising is the current inability of public companies, despite the large number of staff to maintain at least solidly what has been built in Zoran Zaev’s previous tenure as mayor of Strumica.

What is the life of young people in Strumica, is the local government doing something to improve their lives?

Donev: Young people expected greater support in employment, especially in the private sector, better education conditions, debt-free housing, and realistic conditions for the sport that made Strumica recognizable. But the conditions are really bad for pupils, for students, for young people who intend to found home and work here. The young people I meet often think of the option of foreign citizenship and leaving to work in Europe and the world. This is not because the mayor did not make the promised movie theater or playground, but because of the general catastrophe of the economy and especially of the agriculture which the entire economy of the city rests on.

But it is understandable that if we knew the economy, the laws, if we worked honestly, we would bring back economic development, and with it the educational, cultural and sports life of the young people in the city.

Those who live here already know who can build Strumica as a decent place to live. They know who made the faculties in Strumica, the gyms, who can repair all roads in the region instead of promising a 4km highway to its industrial facilities. The young people in Strumica know that only VMRO-DPMNE has the capacity and power to deal with the crisis and renew Strumica.

We are witnessing corruption and nepotism in the highest echelons of government, are there any such examples in your municipality?

Donev: Symbolically said, the Prime Minister brought a bus with people from Strumica to Skopje with him. Personnel from which neither Strumica nor the region have felt any improvement. Also, some of the children and close relatives of senior members of the SDSM received well-paid administration jobs. Subsequently, many tenders and similar amounts are distributed to close relatives in government or directly to their private businesses. In fact, the government does not treat this as a problem. It treats nepotism and crime as a reward for the merits of individuals and families but the VMRO-DPMNE Municipal Committee knows and duly records all problematic relationships and gains.

Understandably, knowing the state of the legal system and the pressures, it is more than clear that for now our reaction remains only an expression of the people’s dissatisfaction.

Is Strumica having problems with air pollution?

Donev: As a councilor in the municipality of Strumica, together with other councilors, we often react and propose measures for air pollution and landfill situations. We are alerting the public as well, though we get promises and reports of measures taken by local government and the mayor – and things tend to be bad here. Air pollution in Strumica these days is alarming.

VMRO-DPMNE regularly accuses of party revenge especially in the public administration, are there any such examples in Strumica?

Donev: Of course there are pressures and job displacements. In this case too, the Committee keeps a proper record. Most of our members which are part of the administration, despite intimidation and surveillance, are still active on the ground. There are also cases where one has to bear responsibility, but for understandable reasons we do not list specific cases.

However, this scheme of pressures, bribes and intimidation already has another effect. Citizens we meet and come to the Committee are encouraged. There is a new spirit of power among the young, the old, the women. There is passion and conviction for the time that comes. No one is afraid anymore, and at any cost, members and supporters are ready to be part of the VMRO-DPMNE campaign, and we are confident that after the early parliamentary elections in April 2020 the renewal will begin in Strumica as well.

Ahmeti: Candidate selection system in the Academy for Judges and Prosecutors is being manipulated

President Stevo Pendarovski disagrees with the proposal of SDSM leader Zoran Zaev to reduce the entire public administration to the minimum wage of 14,500 denars, which fortunately was not accepted today by the government. I agree with the latest set of government measures with which all office holders,...
Macedonia 31.03.20 | 15:24

Two men, aged 45 and 78, are the latest victims of the coronavirus epidemic

Government rejects Zaev’s plan to cut public sector salaries, will provide a dose of stimulus instead

Filipce feels encouraged by the linear spread of the virus