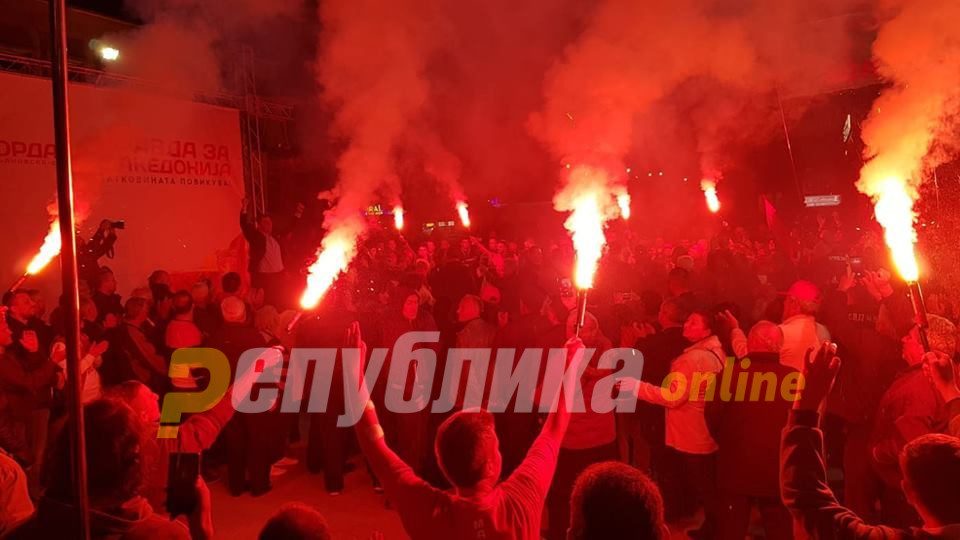 With the victory of Gordana Siljanovska Davkova in the presidential election, VMRO-DPMNE announces the end of the rule of Zoran Zaev and SDSM.

Together with Gordana Siljanovska Davkova, the woman who is a wife, a mother, a neighbor, a teacher, a friend and a great Macedonian, we seek to return justice in Macedonia, said opposition leader Hristijan Mickoski at Wednesday’s rally in Kavadarci. 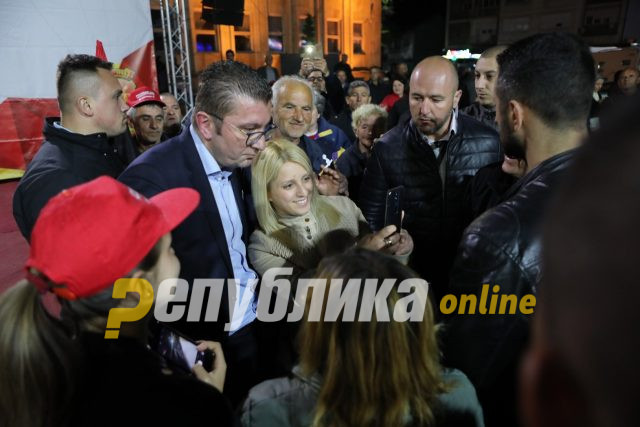 He called for a fight, as he said, against the injustice inflicted on Macedonia: 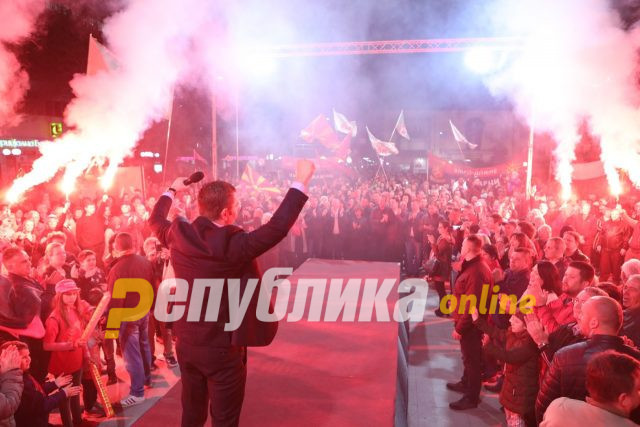 Let’s go out on April 2, justice in Macedonia to win, and then to confirm justice on May 5. Then, of course, early parliamentary elections and to show them the dark side in history to this quisling authorities in the Republic of Macedonia. Let’s show them how to work for the homeland. What is injustice? Injustice is all that is happening today in Macedonia. Injustice is how they came where they came.

Before a large number of gathered citizens, he pointed out that killers are walking free because Zaev is ready to make a compromise with human destinies. 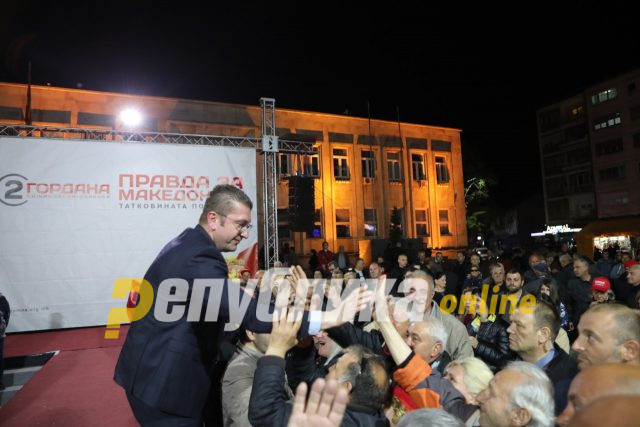 The patriots, the people who made one mistake, got prison sentences of two centuries. People who love their homeland. And those from ISIS who returned from the battlefields in Syria got three times smaller sentences. My son is three years old, he will have 9 when the ISIS terrorists will get out of jail. That is injustice, said Mickoski. 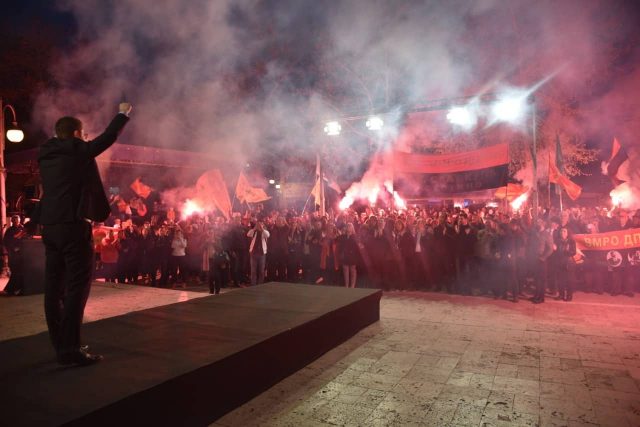 He spoke about the false promises that SDSM and Zaev gave in Kavadarci.

Do you remember the promises they made here to solve the problem of guaranteed purchase. They came and promised things. They promised, then in February they could not keep their promise, so they said in March, and now come April. And what happened? Let’s see that young gentleman who said on TV that he went to Dubai to buy new shoes. That’s the painful truth. While people are bleeding and struggling to make ends meet, they go shopping in Dubai or skiing and close ski trails so that the gentlemen can have fun with their motorcycles. Or when they do not do that, they drive around with their expensive vehicles Maybach, Bentley, Mercedes etc, said Mickoski. 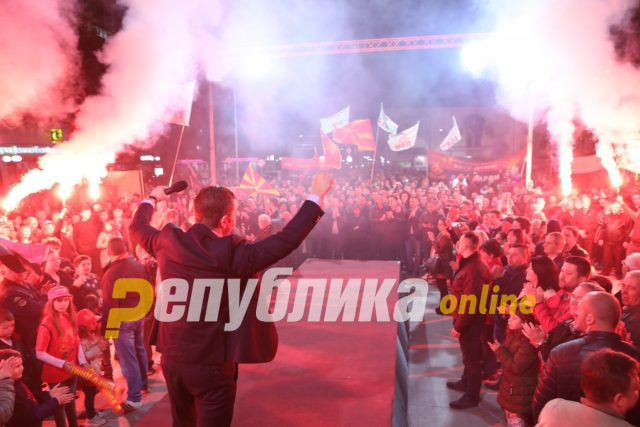 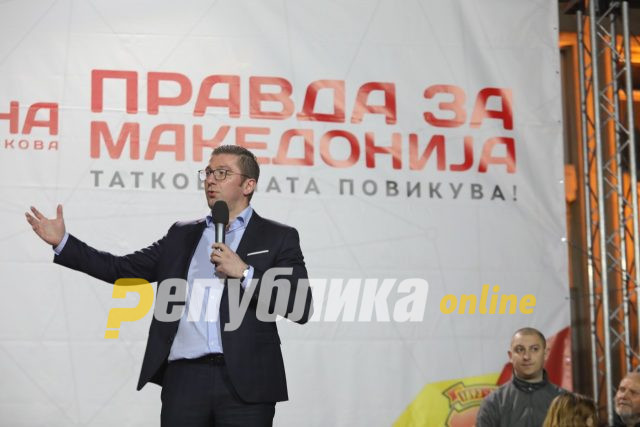 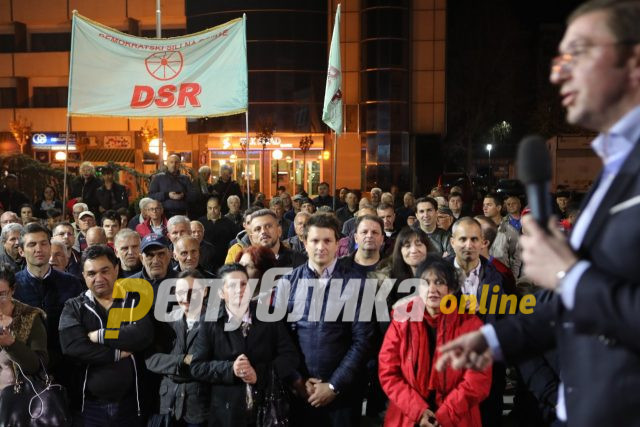