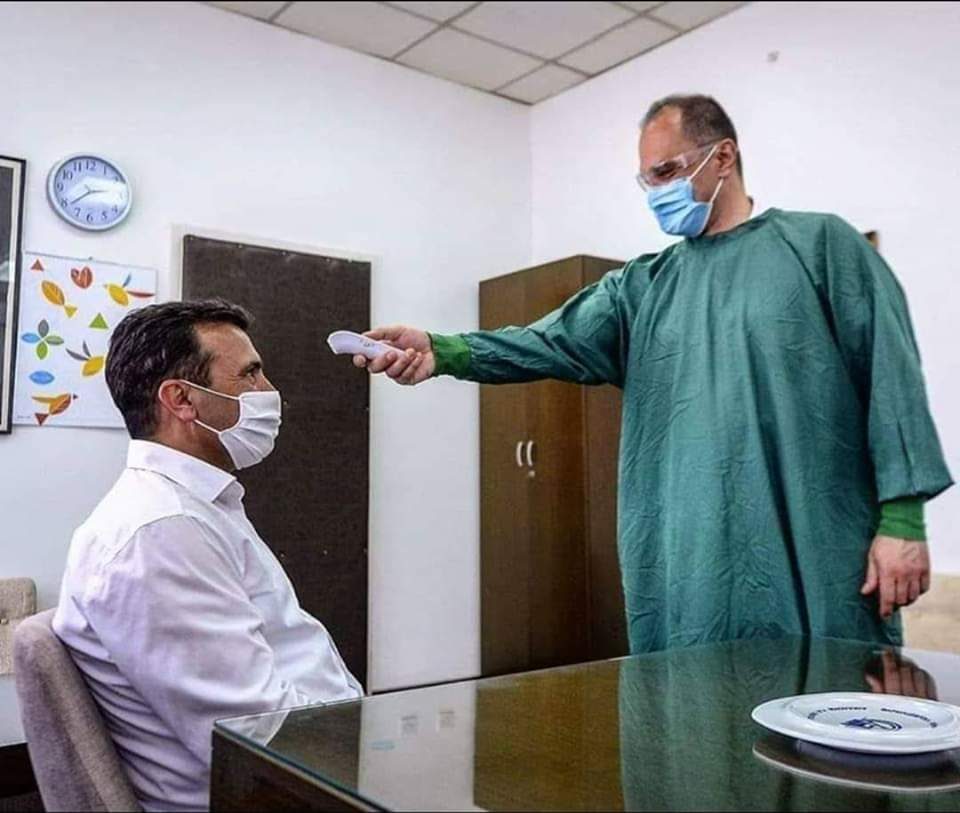 The opposition VMRO-DPMNE party called out Healthcare Minister Venko Filipce for intensifying his campaign events in support of the ruling SDSM party, while Macedonian healthcare is falling off the cliff, pushed to the brink by the Second Wave of the coronavirus epidemic.

This past week Macedonia experienced its by far worst daily death toll of the epidemic – when 15 patients died in one day, and the key hospital treating patients declared its staff is at the point of complete exhaustion. The clinic was also attacked by the family of a deceased patient, who brandished guns in an attempt go get her body before it could be autopsied and properly prepared for a safe burial. All the while, instead of managing the crisis, Healthcare Minister Filipce, who enjoyed a brief spike in popularity at the start of the epidemic, is doing little disguised election events by visiting hospitals in parts of the country where SDSM needs a boost, and cuts campaign ads for SDSM.

Filipce needs to respond to the public why he lied a month ago that he has all the clusters in Skopje under control, now that it’s clear the epidemic was spreading out of control through the capital city and is unchecked. His actions prove that he is not interested in managing the public healthcare but is more concerned about partisan politics, VMRO-DPMNE said in a press release.