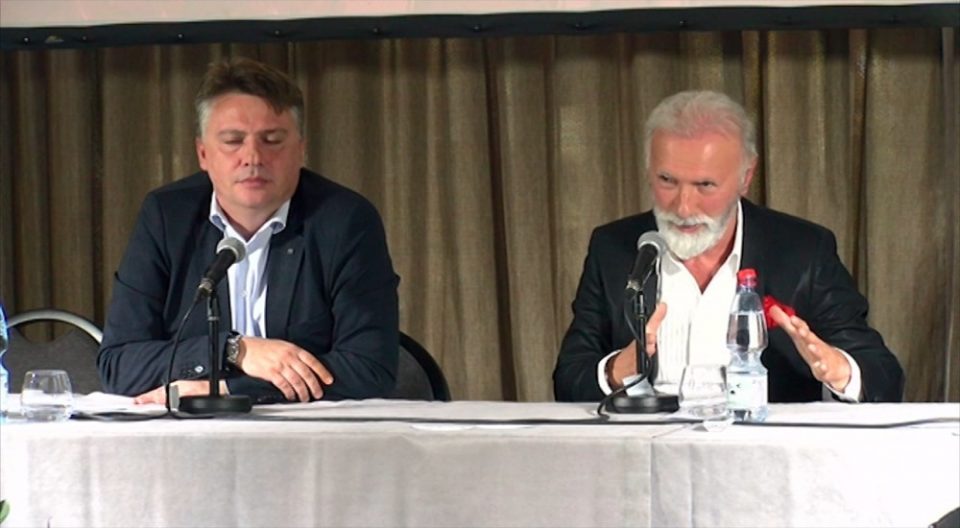 These days, the public is agitated by reports coming from neighboring media about the amount of fees the Balkan stars will receive for their New Year’s Eve performances. Zdravko Colic and Dino Merlin, who will perform at Skopje Square for New Year’s Eve, will be paid the highest fees.

When Skopje Mayor Petre Silegov announced two months ago that Dino Merlin would perform in Skopje on New Year’s Eve,, he also said that the City would pay 0 denars for the engagement, which left everyone in wonder. No one believed that a singer could perform for free, so now Serbian media report that in fact Dino Merlin will be paid as much as 100,000 euros, which is a great deal for a singer like Merlin.

It was not until after media outlets in the neighborhood reported on the fee that Silegov decided to address the public via Facebook post. In it, he claims that Dino Merlin’s performance will be paid by sponsors, and he even criticized everyone writing on the matter in the media and on social networks saying that they were haters. However he failed to say who the sponsors of the New Year’s Eve program are.

It is strange that sponsors who pay one of the two highest fees in the Balkans for New Year’s Eve hide themselves and do not use the moment for promotion and advertising. They are not even mentioned on the ads for Merlin’s performance, and the City of Skopje also hides them, so we just have to trust Silegov.

Actress Jelena Zugic, an adviser from VMRO-DPMNE in the City of Skopje Council, suspects it is a business deal that will later become a city project.

Mayor Silegov should say who the sponsor of the New Year’s Eve party on the city square is and who is paying for Dino Merlin’s performance. It’s about big money and big fee. Today there is hardly anyone who donates so much money. It is yet to be seen whether the background is a business deal, which will later become a city project, actress Jelena Zugic told “Republika”.

She and her colleagues from the VMRO-DPMNE council group are demanding the 100,000 euros for the Dino Merlin’s performance to be reallocated.

We still have not received an answer from the City of Skopje as to who are the sponsors who will pay for the performance of Dino Merlin.