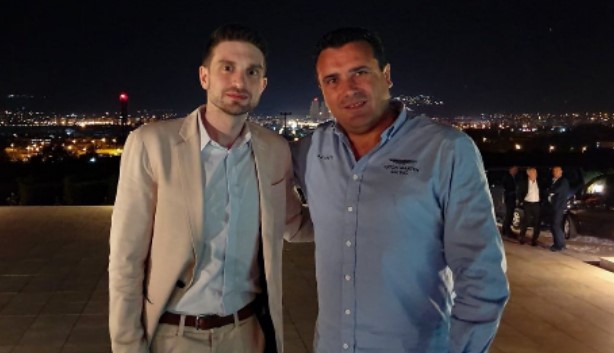 Macedonia’s opposition VMRO-DPMNE party called out the Open Society Foundation over its continued support for Zoran Zaev, despite the numerous, public revelations of his corruption. The reaction comes after Alexander Soros, the son of billionaire leftist activist George Soros met with Zaev and Stevo Pendarovski in Skopje.

George Soros’s Open Society Foundation (OSF) has directly supported and encouraged political initiatives that seriously undermine the democratic institutions and democratic principles, reads the statement. The citizens understandably expect and demand that Alexander Soros shares what they had discussed, especially if the talks touched upon the state-supported mafia led by the premier, and the corruption scandal that has afflicted the country. It is not uncommon for the OSF to support corrupt and incriminated politicians who have ties to organised crime in Macedonia. It is not a novelty either that they use the media to fabricate fictitious stories to influence public opinion, provide political support to corrupt politicians, and prevent these people from being held responsible. It is difficult to understand what motivates them, but the complete and transparent investigation of the OSF’s activities in Macedonia is essential, VMRO-DPMNE said in a press statement published by the V4 news agency.

The Macedonian branch of the Open Society Foundation was deeply involved in fometing the 2015 political crisis, which led to the apointment of Zaev’s Government and the imposed process to rename Macedonia. Numerous organizations co-founded by the Soros foundation, often with the support of diplomatic missions in Skopje, staged protests, set up media outlets supporting Zaev and produced reports critical of the VMRO-DPMNE led Government. Most of them are silent now that Zaev is credibly implicated in a major corruption scandal. VMRO-DPMNE asks if Soros’ son discussed Zaev’s involvement with now disgraced Special Prosecutor Katica Janeva, who is accused of extorting money from businesses she was prosecuting.

The Macedonian community, the American people and the global public opinion have the right to know why an international investor, the head of Open Society Institute, supports Zoran Zaev, who is the embodiment of the corruption of the Balkans. Why does he support a politician who is holding his own country hostage, and keeps ignoring the democratic political system and democratic political values?, the opposition party asks.

After his power grab, Zaev met with both George and Alexander Soros a number of times. The latest meeting in Skopje was only revealed thanks to social media posts by Alexander Soros, who also met with Albanian Prime Minister Edi Rama in Tirana.