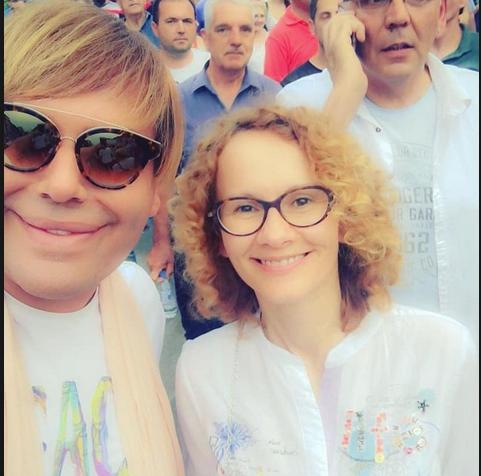 With the Racket trial expected to continue later this week, and the first sentence passed today, the one issue the public is most anxiously waiting for is the answer to the cryptic announcement made by Bojan Jovanovski – Boki 13. During the initial hearing Boki 13 was asked about the money he extorted from businessman Jordan Orce Kamcev – an estimated 1.5 million EUR. He replied that, while Kamcev was recording him, he was also recording the entrances and exits to his house and has the footage. This strongly implied that he has footage of major politicians visiting him, and, possibly, leaving with money.

This trial is part of a dirty political game, Boki 13 said, adding that he will testify about all involved in the extortion.

During the months of slow drip of information about how Special Prosecutor Katica Janeva used intermediaries such as Boki 13, and her close ties to the ruling SDSM party, to extort millions from businessmen she was prosecuting, it was revealed that Boki 13 was meeting the now outgoing Prime Minister Zoran Zaev, Defense Minister Radmila Sekerinska, Deputy Parliament Speaker Frosina Remenski, SDSM Secretary General Aleksandar Kiracovski and many other government officials. Sekerinska was notably mentioned in the audio recordings leaked by the Italian La Verita newspaper, revealing that she was meeting both Boki 13 and Orce Kamcev, while Boki 13 was extorting money from Kamcev.

Shortly after his arrest, Boki 13 issued a warning through the Serbian Kurir newspaper, saying that if he is harmed in prison, “nobody will be spared” from what he has to reveal. He added that his mother is holding all the necessary information to get back at those prosecuting him. This confirmed the strong indications in the public that Janeva and Boki 13 could not have acted the way they did if they didn’t have backing from the top Government circles.

Journalist Laris Gaiser from La Verita was even more specific – he announced that the luxury bag of money Boki 13 took from Kamcev had a GPS tracker and it showed money being delivered to the Govenment building or to homes of Government officials.

Boki 13 and his father Mile Jovanovski had a lesser criminal case after they attacked Viktor Stojcev, a Macedonian Orthodox Church priest who lives next door, over a parking dispute. The priest was injured and Mile Jovanovski was recently given a suspended sentence over the attack but during the trial Stojcev revealed that the number and type of visitors Boki 13 and his family were entertaining was very interesting.

In the first 20 days after the arrest we had half the Government, prosecutors, judges, ministers, one female Government Minister in particular, come here, Stojcev said.