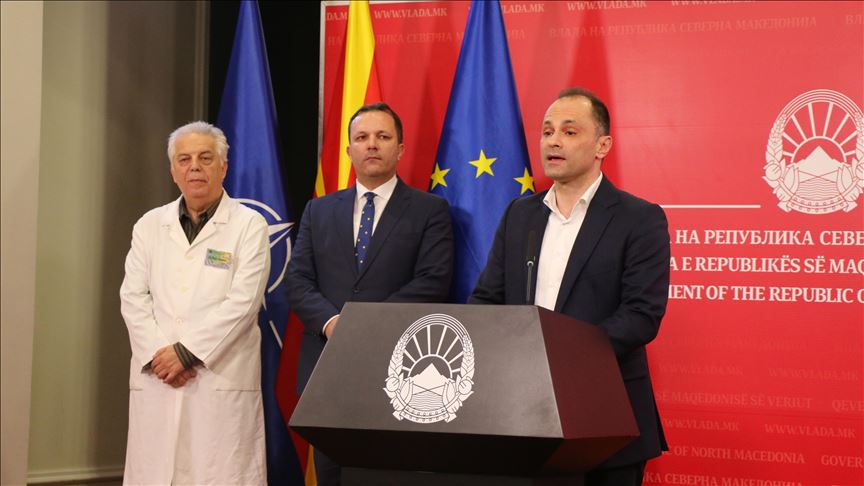 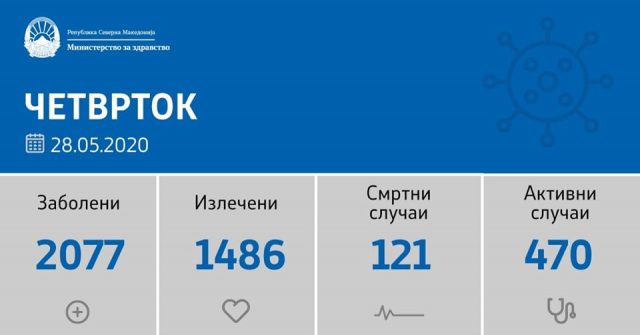 Despite this, the restrictions on movement in the country were lifted yesterday, cafes and restaurants reopened today, and the government is persistently convincing us that everything is under control.

The decisions are made on the basis of expert opinion and for two essential reasons – the situation is under control and the number of active cases is stable. The high level of professionalism and readiness allow us to say that the health system is set so that it can successfully respond to the challenges, Interim Prime Minister Oliver Spasovski said at a press conference at which he announced the relaxation of the restrictive measures.

Spasovski also confirmed today that SDSM is hastily rushing for elections, with its new interpretations of the Electoral Code and the Constitution.

But, as doctors who took the Hippocratic Oath, as Commission in charge of the welfare of the population during the outbreak, what justification do the Minister of Health Venko Filipce and the President of the Commission on Infectious Diseases Dr. Zarko Karadzovski have about this moves?

Will they be held accountable for today’s new cases and for each one that follows, given that we have yet to see the results of the iftar dinner gatherings and the celebration of the Ramadan Bajram holiday?

The state has outgrown itself – in terms of profession, science, competence, education, treatment, epidemiological surveillance, which the World Health Organization commends, the head of the Commission on Infectious Diseases, Dr. Zarko Karadzovski, proudly announced.

In the real world, things are different.

Worldmeter’s data shows that Macedonia has by far the worst results in dealing with the coronavirus in the region. 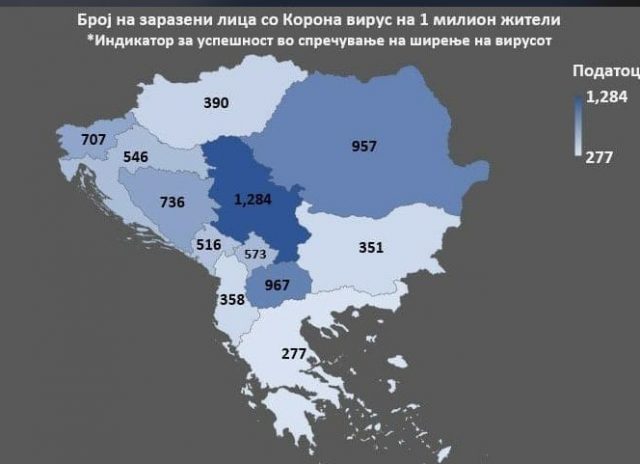 According to the number of infections per million inhabitants, only Serbia has higher number of cases. Our country has 967, while Serbia has 1,284. 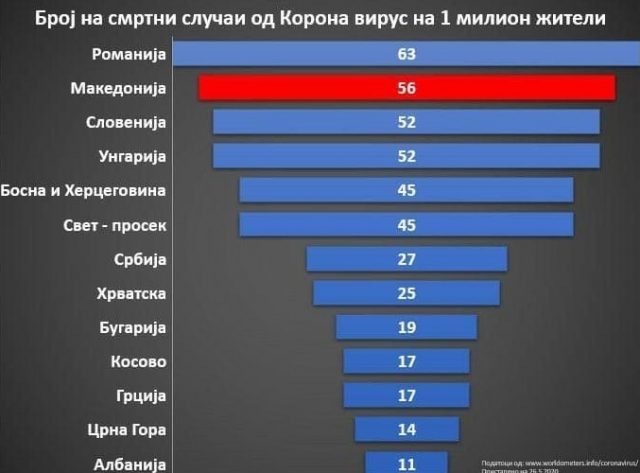 In terms of deaths, Macedonia is again at the top. Only Romania has higher death toll per million inhabitants, while the number in the other countries is around 20. 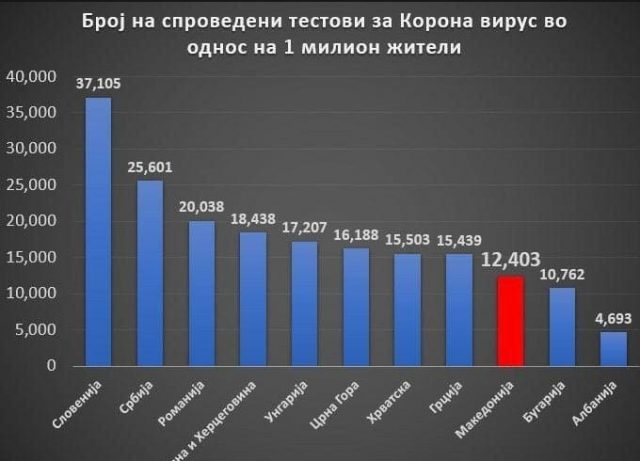 Although the Minister of Health Venko Filipce claimed that Macedonia is at the top in terms of tests performed, the truth is that the country are at the bottom. Behind us are only Bulgaria and Albania, and the record holder is Slovenia with over 37,000 tests.

No new cases have been registered in Croatia today as well, and only yesterday 5,714 tests were performed in Serbia!