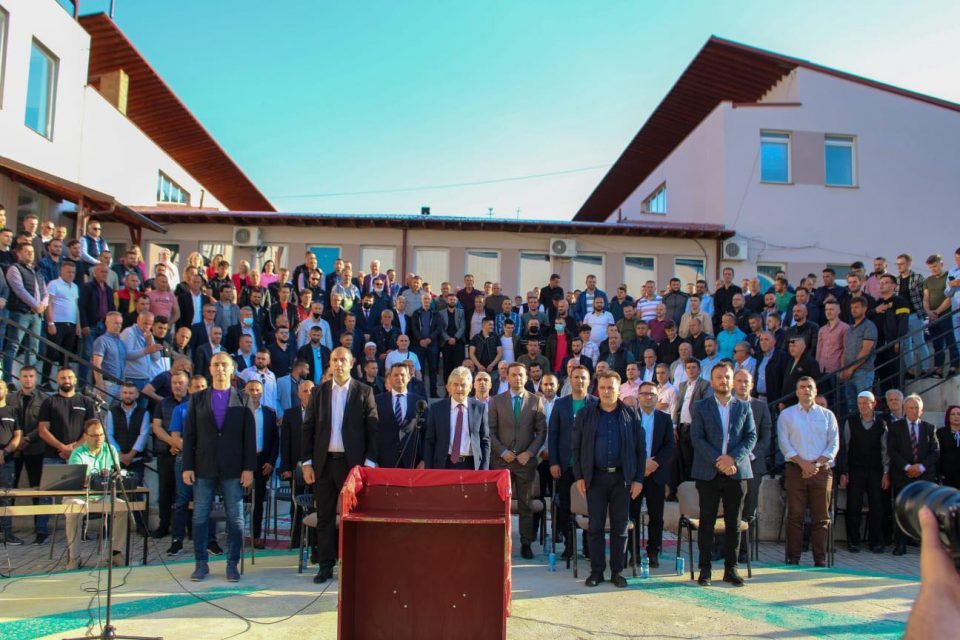 The ruling party DUI started the procedure for selection of candidates for mayors, but also for councilors in the local elections, and the leader Ali Ahmeti announced a name that will be a “big surprise” on June 5.

Speculations go so far that on Saturday, on DUI’s birthday, an Albanian candidate will be nominated for mayor of Skopje together with SDSM.

On June 5, again, our family will present a platform that will initially be debatable, followed by major debates as the “first Albanian prime minister” platform was debated, Ahmeti announced in Lipkovo on Wednesday.

In addition to this, there are are billboards reading “Something big is coming”. This idea and campaign are similar in motives to the one before last year’s parliamentary elections in July, when DUI seeking office for the first Albanian prime minister.

The party will probably nominate Erkan Arifi, the current mayor of Lipkovo, for another term as mayor of this municipality.

According to Fokus sources, DUI will not experiment and will run with the current candidates for mayors in almost all rural municipalities it has been running for the past years. There will be no change in Tetovo either, where Teuta Arifi will be running for another four-year term.

The current mayor Visar Ganiu has an appetite for Cair, but his competition is the director of PE “Parks and Greenery” Ardian Mucha, and for this municipality the influence of Izet Mexhiti will be crucial, who is in direct conflict with Deputy Prime Minister Artan Grubi and Minister Bujar Osmani.

It is rumored that the party leadership wants to nominate another candidate for mayor of Struga to replace Ramiz Merko. Given that DUI and SDSM will almost certainly run in the elections together, it is unlikely that Merko will receive support for another term.