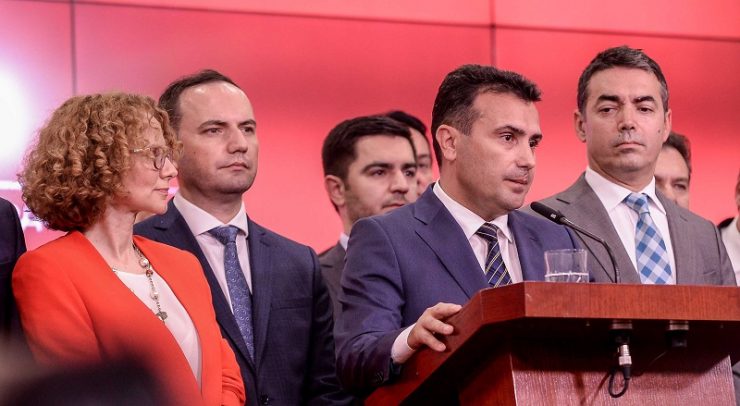 Like the Chancellor, I’m persuaded that the Western Balkans is a strategic place for Europe. On the other hand there are a few things we still need to finalize before we can open accession talks. I think that we need to reform the procedure, which is currently irreversible and not progressive. I share the geo-political and strategic vision with the German Chancellor. I would like to send a positive message to those leaders, but seriously looking at things I have to tell them that this time we need a little bit more time to settle things, Macron said during his joint press conference with German Chancellor Angela Merkel.

Macron says NON: will not allow the opening of accession talks with Macedonia and Albania

While there is still some hope he will change his mind, it is likely that the outcome of the European Council will be negative for Macedonia. This opens the issue of whether Zoran Zaev will keep his word this time, after repeated threats that he will resign if he fails in this key mission for his Government.

If the decision is NO this Thursday and Friday, or if there is a new delay, by Wednesday my Government will be dead. I say this openly, Zaev said in Vienna on Wednesday around noon.

Previously he made the same announcement in a PBS interview.  But, only hours after the Vienna statement, Zaev was far more cagey when asked whether he will resign.

In my appeal I called on the European leaders not to turn off our stars that are shining and lead us because if they do,we will be lost in the dark. In such circumstances there would definitely need to be accountability and I say what I feel. I of course announced what might happen. I don’t want to go into more details, because I very much believe in a positive decision, was his reply to a fairly direct question.

What changed? Within hours Zaev changed his position on whether he will resign

In June, when Macedonia was also stood out by the EU member states, Zaev made a similar threat that he will collapse his Government and allow the opposition to take over – which is his main threat toward the EU.

I said that if we change our name, and maintain good relations with Greece and Bulgaria and if all reforms are implemented, Europe will keep its promise. And if that is not the case, naturally we will assume responsibility. I will not wait for the opposition or the Parliament to act, I will return the mandate myself, Zaev said then.

Zaev also reportedly threatened Macron and Merkel directly that he will resign during the latest Berlin summit.

But, whether the Prime Minister of Macedonia will follow up on this threats remains to be seen.