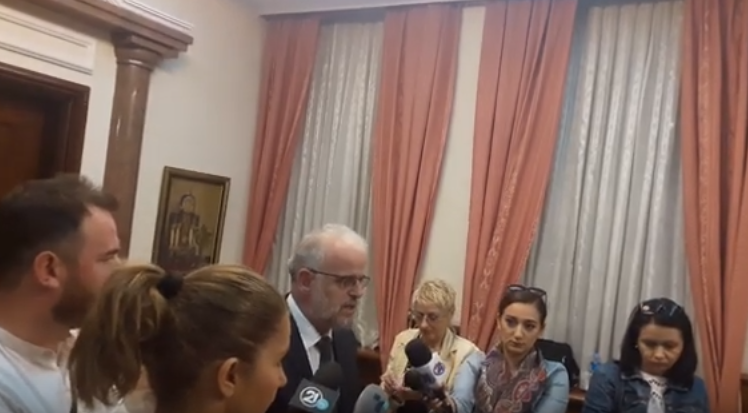 Speaker Talat Xhaferi blew a fuse today when a journalist asked him if he will resign as a new series of wiretaps are being released into the public. The tapes have not yielded any major revelations so far, but it is clear they are aimed that the DUI party and contain conversations of DUI officials.

A journalist asked Xhaferi if he would follow the example of SDSM member of Parliament Pavle Bogoevski who resigned after a wiretap coming from a different source revealed him buying drugs from his dealer.

Don’t compare me to him!, Xhaferi snapped back at the journalist.

The leaker appears to be an ethnic Albanian who lives outside of Macedonia. He is posting the tapes on his social media account and daring he Government to stop him if they can.

Zoran Zaev took over power in Macedonia using a large cache of wiretaps provided to his SDSM party by rogue intelligence officers. Since the scandal, experts warned that the tapes will seep into the public and will be used to blackmail politicians, business people, journalists…

Xhaferi: It’s difficult to call off the elections