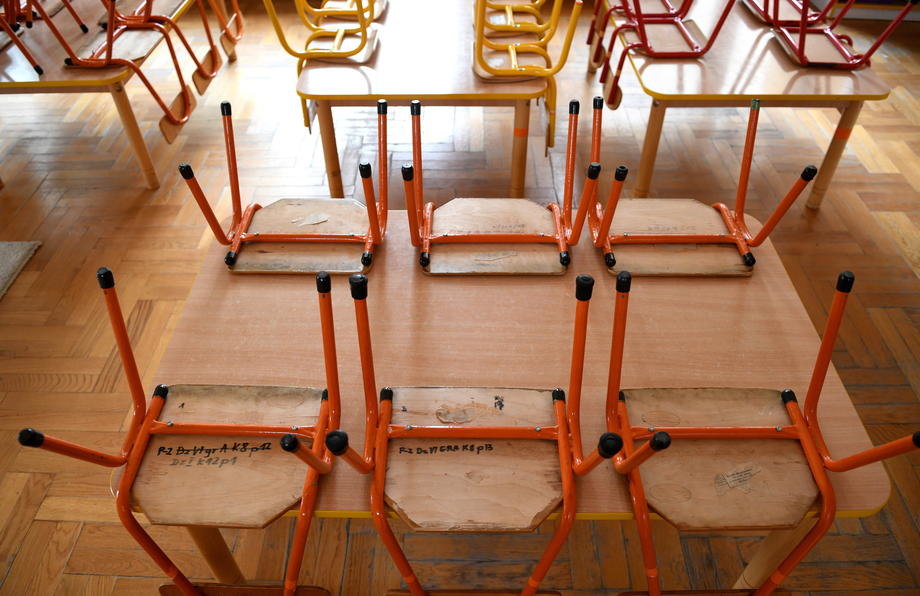 epa08392918 A view of a local government kindergarten in Przemysl, Poland, 30 April 2020. In connection with the easing of restrictions on epidemics, on 06 May 2020 kindergartens, pre-school departments in primary schools and other forms of pre-school education will be able to be re-opened. EPA-EFE/DAREK DELMANOWICZ POLAND OUT

Given the chaos in the public education system with less than two weeks before the start of the school year, VMRO-DPMNE proposed its solution to the issue. The party suggests that the schools are divided in different categories given the local infection rate and that education is organized accordingly.

Under the proposals, regions that have next to 0 cases, mainly in the rural areas, would begin in-person schooling. In parts of Macedonia which are moderately at risk, children would still attend in-person schooling, but in reduced classes of at most 15 children and with enhanced security measures. In the areas with the highest infection rate, usually the most densely populated parts of the country, education would be conducted online.

Macedonia has a total of 13,000 infected persons from the start of the epidemic and more than 500 deceased, making us the worst country in the region in handling the epidemic. The Government racked up new debt of a billion EUR in just three months and still failed to handle the crisis – Zoran Zaev spent the money on pre-election vote-buying. And now we see that SDSM has no plan or idea what to do next, VMRO-DPMNE said.

The departments of healthcare and education were publicly disputing how to approach the starting school year with the former demanding online education and the latter pushing for more in-person teaching.