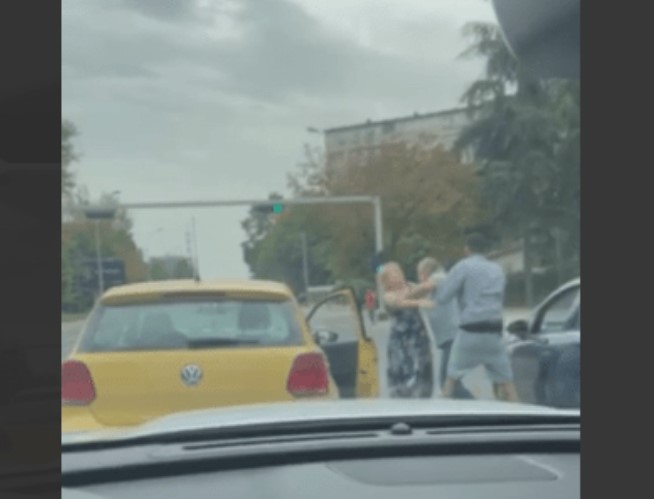 With Skopje city authorities apparently determined to open as much road construction in the weeks leading up to the local elections in October as possible, the city is suffering from major gridlocks every workday.

Yesterday a woman was filmed in tears, as she was unable to reach the Butel cemetery in time for her father’s funeral, while she was waiting for a motorcade carrying Kosovan Prime Minister Albin Kurti to pass. The situation escalated again today, when road rage over the right of way led to a fight in the Kisela Voda district. Men were filmed fighting each other, and even a woman was not spared in the incident.

Police in Bitola harassed a young couple, political intimidation is the likely motive