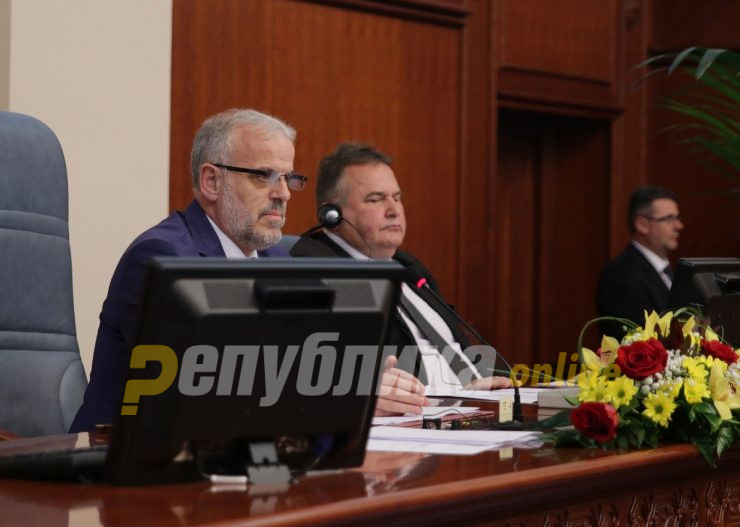 Parliament Speaker Talat Xhaferi said that he expects an interim government to be elected, as planned, on January 3rd. According to the agreement made between the main political parties, the outgoing Prime Minister Zoran Zaev will resign on January 3rd, making way for an interim Prime Minister from his SDSM party, while several key departments such as the Interior Ministry will be placed under opposition control to ensure that the elections in April are as fair as could be.

I expect that we will hold a session of parliament to elect the new interim Government and hold the elections as scheduled, on April 12th, Xhaferi said during a press briefing today.

A number of SDSM party officials, including Zaev himself, have called for the elections to be postponed, citing differnt reasons – mainly the fact that Spain might ratify Macedonia’s NATO accession in the period while Parliament is dissolved and it would postpone the membership ratification on our part for a month or more. If the Spanish ratification comes in the period after February 11th – when the Macedonian Parliament should be dissolved, Xhaferi said that he will not recall the members of the old Parliament to ratify the NATO accession protocol and will leave the decision for after April 12th and the next Parliament.

Another thorny issue raised by SDSM is its attempt to re-organize the electoral model unilaterally. Several small parties have proposed abolishing the six electoral districts in favor of only one – a model that could benefit the smallest parties and atomize the Parliament, which could in turn be helpful to SDSM. Even though changes to the electoral code are normally made with consent from all parties, Zaev announced that he may push this change through unilaterally. Xhaferi today declared that there is no time to amend the electoral model until April.

I don’t think it should be done without general consensus and with just months to go before the Parliament is dissolved, Xhaferi said.