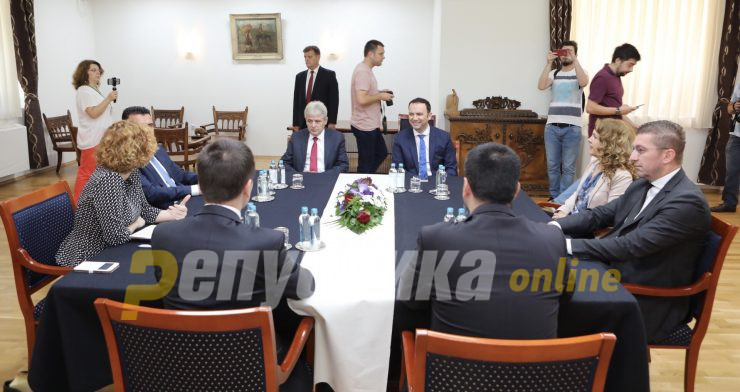 In anticipation of the late evening meeting between the leaders of the two largest parties – Hristijan Mickoski (VMRO-DPMNE) and Zoran Zaev (SDSM), Speaker Talat Xhaferi said that he will be prepared to put any solution before Parliament as early as tomorrow.

Xhaferi said that it is possible the leaders will decide on officially dismissing disgraced Special Prosecutor Katica Janeva, and also on a new law on state prosecutors.

The law needs to be adopted with a two-thirds majority, but Zaev has also attempted to put a unilateral arrangement by moving all of Janeva’s case-files into the OJO service, which is also fully loyal to his Government.

Last week I asked the four largest parties to approve Janeva’s dismissal, but so far only the DUI party replied, Xhaferi said.

VMRO-DPMNE conditioned the meeting on the state prosecutors law with a demand that the issue of holding early elections is also included in the talks.

Bulgarian media are reporting additional details about the attempted import of waste from Italy for burning in a Bulgarian power plant, by a company partially owned by Macedonian citizens. One of the co-owners of the company, Goran Angelov, is the manager of the large Drisla waste dump near Skopje, which...
Economy 18.01.20 | 18:19