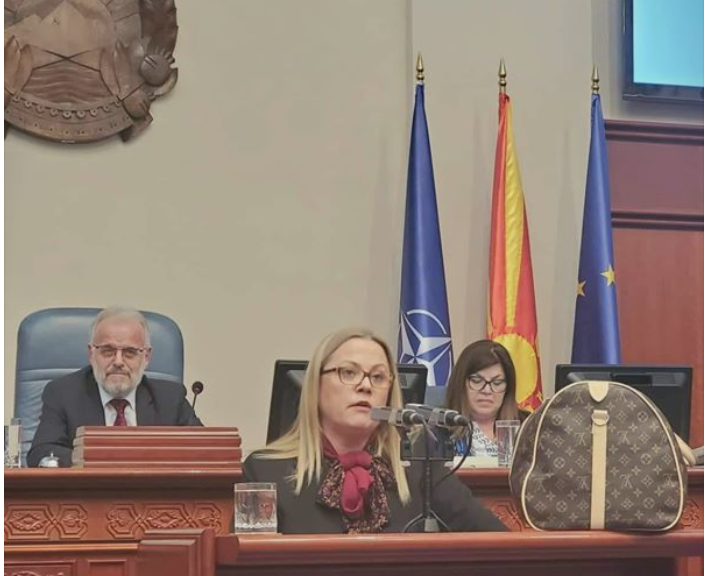 VMRO-DPMNE MP Dafina Stojanovska at today’s debate on the law on the Public Prosecutor’s Office stressed that the government is not adopting a European law because there is no such violation of justice in the EU.

You are not adopting a European law, you used the European flag, which you have abused many times before, for swift and unconstitutional adoption of laws, in the EU there is no example of such violation of justice, says Stojanovska.