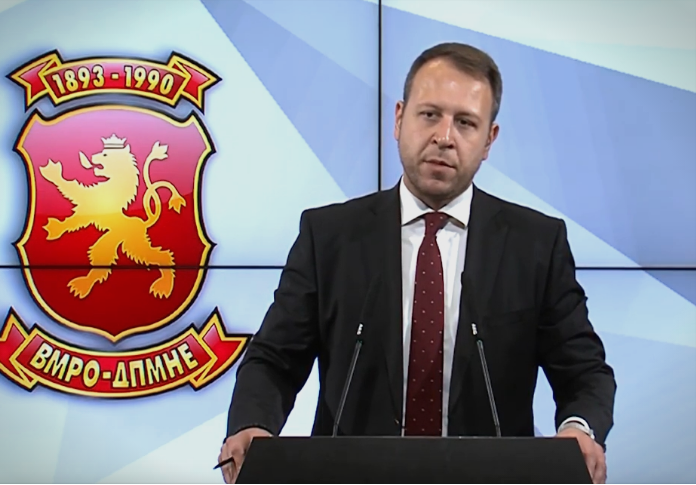 VMRO-DPMNE Secretary General Igor Janusev called the push by the ruling SDSM party to amend the electoral code on its own with hmonths before the vote a mockery. The proposal was detailed in Parliament after DUI, SDSM’s coalition partner, submitted several thousand nuisance amendments, which would drag the debate out for years.

VMRO also submitted several hundred amendments to the proposal pushed by the outgoing Prime Minister Zoran Zaev, who wanted to abolish the six electoral districts and replace them with just one. This proposal would’ve harmed, VMRO, DUI and SDSM, but would benefit SDSM’s smaller coalition partners. Still, DUI was having none of it, especially given how changes to the electoral code were historically made with the agreement of all major parties and well ahead of the vote.

What is important here is that SDSM and Zaev are trying to manipulate the smaller political parties. The process also revealed that the relations in their primary coalition are not as were presented in the public. We are weeks ahead of the formation of the interim Government and less than four months ahead of the elections. There is no agreement between the largest political parties, and pushing this proposal only reveals the unserious and mocking manner in which Zaev and SDSM are running the country, Janusev said.

Zaev today threatened to re-examine his coalition with DUI after the proposal was blocked by their myriad of amendments. Janusev said that VMRO is prepared to discuss changes to the code, but reminded Zaev that OSCE has always recommended that such changes should take place at least a year before the elections.