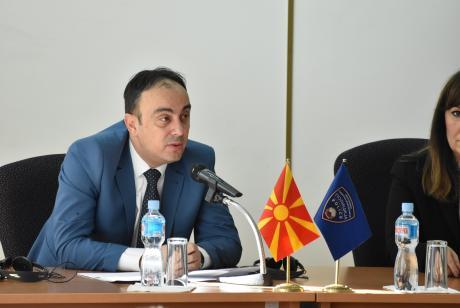 The mentioned investigation was almost hibernated in the period when I took over the position of Minister of Interior, so that with full commitment my colleagues, despite all the obstructions in the period of the technical Government, are motivated and maximum is given for its reactivation. The investigation was almost completed in the period when I was a minister, but due to maintaining a professional relationship and the unwillingness to be placed in the context of the parliamentary elections, it was not completed or was not disclosed, former Minister of Interior Nake Culev wrote on Facebook after being mentioned by the current Minister Oliver Spasovski during Tuesday’s press conference regarding the case with the issuance of travel documents to top criminals under assumed identities.

He says that the reason why they waited for an impermissible long period when Macedonian passports were issued continuously was exclusively known to Oliver Spasovski and the responsibility was exclusively his.

Now is the time for Oliver Spasovski to assume at least moral and political responsibility, and to leave this responsible position to a person who will perform it with maximum dedication and honesty, Culev said.