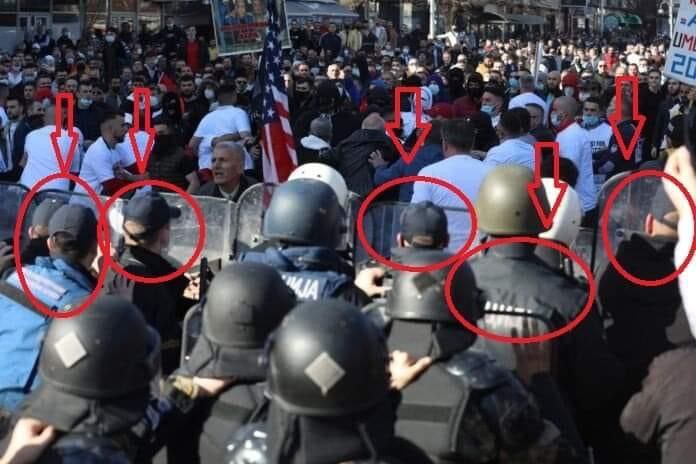 Eleven police officers were injured in Friday’s protests over the “Monster” case verdict. Although riots were expected, as in previous such protests, and although a strong police presence was noticed, a large number of young police officers could be seen in the frontlines of the police cordon without adequate protection.

Many police officers wore only hats, not helmets. The protesters did not choose means in their attacks, they were throwing rocks, metal bars and other objects in an attempt to break through the police cordon, injuring 11 police officers.

The public reacted that the police officers were dispatched in the frontline without adequate protective equipment, but even after three days there are still no reactions from the interior minister Oliver Spasovski.