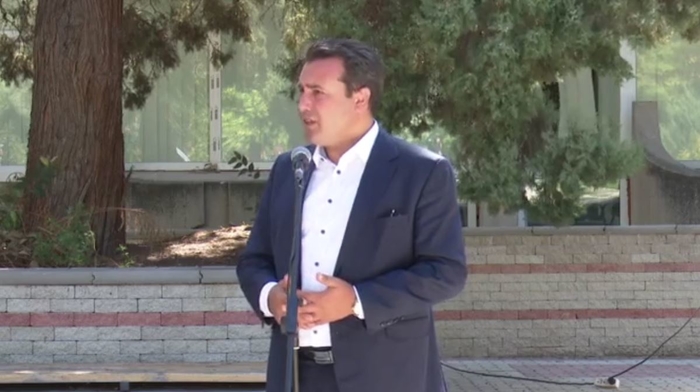 Zoran Zaev insisted that he himself won’t resign and will not even push Healthcare Minister Venko Filipce to resign over the catastrophic hospital fire in Tetovo which killed 15 patients and hospital visitors. The Government pushed a project to build 19 modular hospitals made of plastic panels and apparently flammable insulation, and the contract was awarded to a Zaev crony – his former Deputy Prime Minister Koco Angjusev. Still, Zaev insisted that he will not accept Filipce’s offer of resignation and apparently intends to buy time and wait for the end of the investigation.

Tragedies happen everywhere in the world. I understand the highly moral act of the Minister and Deputy Minister to offer resignations, but I don’t think that the entire Government needs to resign. Experts and institutions need to deliver answers to the questions of interest to the families and the citizens. With enormous sympathy to the families, it is proper that we wait to first have all the answers so I can then give my opinion on the resignations. Filipce and his deputy Hasani are obligated to remain in their posts until they are removed, Zaev said.

Zaev also insisted that the project to build the modular hospitals was led by the World Bank through its credit lines, apparently trying to use the international institution as coverage amid growing calls for accountability.