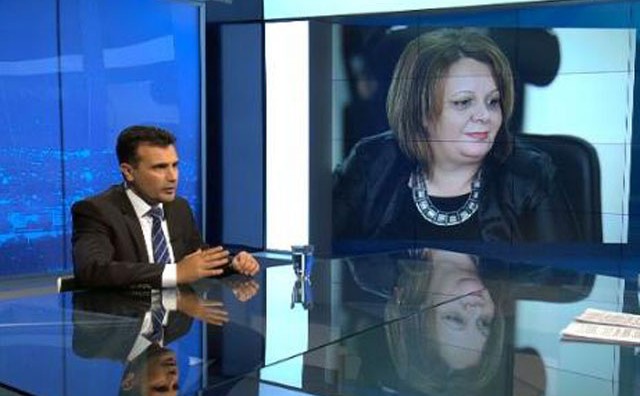 Zoran Zaev today, for the second day in a row, endorsed the move by disgraced Special Prosecutor Katica Janeva to order her staff to give up all their case files in favor of the OJO office of state prosecutors. The move is widely seen as illegal given the law provides that prosecutors who are detained, as Janeva is now, are stripped of all their authority.

We have businessmen in prison and they approve the payment of salaries all the time, Zaev said.
The Prime Minister insisted that, unless his SDSM party and the opposition VMRO-DPMNE reach agreement on the Special Prosecutor’s Office, he will go ahead with Janeva’s plan to have her cases given to OJO. This would ensure that another unit of prosecutors, which is fully loyal to Zoran Zaev, will be able to continue prosecuting opposition officials from VMRO-DPMNE. Janeva’s scandal impeded the SPO’s ability to continue to pressure opposition officials on Zaev’s behalf.

Janeva is charged with abusing her office and this is another reason why legal experts insist that she has no right to continue to manage the work of the SPO, let alone order that the unit is de facto abolished in favor of OJO. Political leaders are expected to meet next week and discuss the issue, as VMRO demands the appointment of a truly independent prosecutor, who would also investigate alleged crimes perpetrated by the Zaev Government, and not only go after opposition officials.