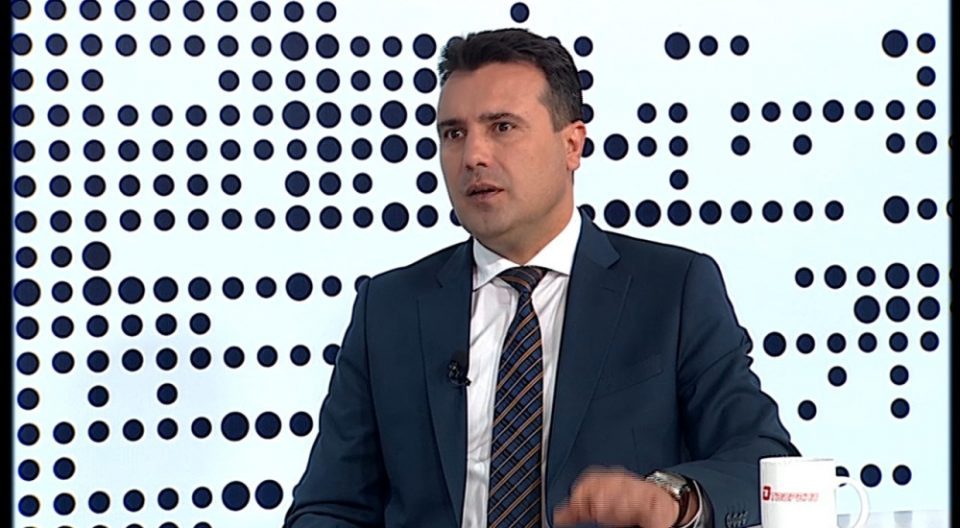 An ashen faced Zoran Zaev gave an interview with the MIA news agency, during which he discussed the allegations that Special Prosecutor Katica Janeva, who all but made him a Prime Minister, is involved with racketeering. Zaev agreed that Janeva should be held responsible if it is determined that she was abusing her position to extort money from businessman Jordan Orce Kamcev, using the showman Bojan Jovanovski – Boki 13 as an intermediary.

The law must apply to all, regardless of who they are. In this case, there are two suspects and as I was informed from the media reports, Special Prosecutor Katica Janeva’s phone was taken to determine if there is a connection between her and the prime defendant. Give nthat she is a highly placed official creates all sorts of political speculations. I believe that the state prosecutors should say if Janeva’s name was abused in this process or if she was involved in it. It would be proper to say that, to avoid having any arguments abused by creating political constructions, Zaev said.

Zaev joined in the call which prosecutor Ljubomir Joveski and Vilma Ruskoska that other businessmen, who also gave money to Boki 13 and his accomplice Zoran Mileski – Zoki Kicheec, to step forward.

The media reports about Boki 13’s alleged racketeering included allegations that at least two high profile officials from his SDSM party were also heavily involved. Their names were concealed by journalist Branko Geroski, who used code names “Kiki” and “Friki”, but their real identities are widely known in the public. Zaev responded to opposition leader Hristijan Mickoski by saying that if he has any evidence about SDSM links with Janeva and Boki 13, he should make them public.

If he has any evidence about anybody in this country, it is his obligation to report it, and not speculate with alleged names of high Government officials. It is the duty of each citizen, especially of the leader of a political party, to report this with evidence and facts. You can find my pictures with Boki 13, as well as with many other people, singers, people from the opposition, but that doesn’t mean that someone is involved in crime or is definitely part of a criminal structure, Zaev told MIA.