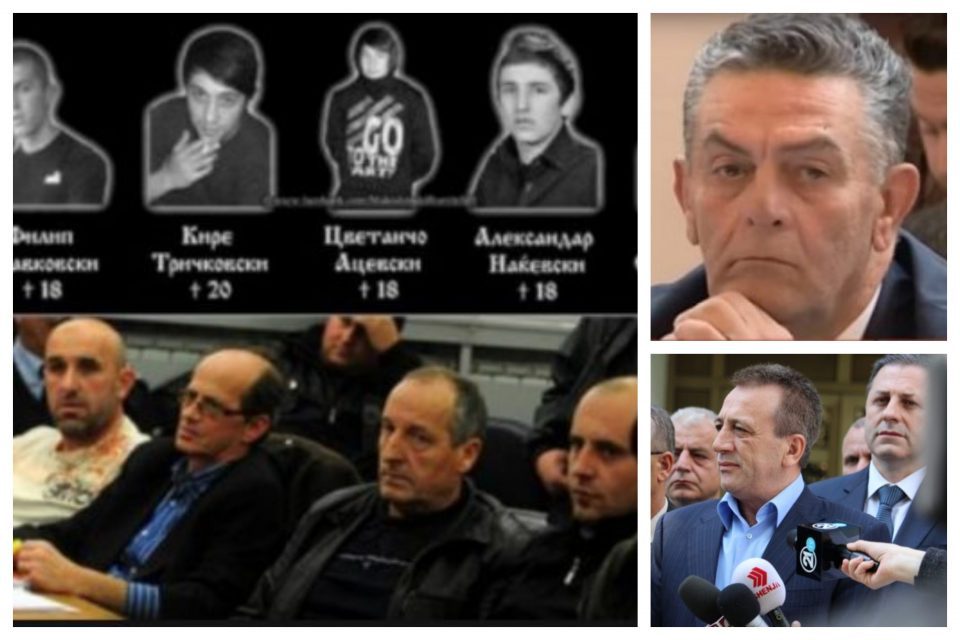 After the outgoing Prime Minister Zoran Zaev began a campaign to push judges to speed up their sentencing of his political opponents, one of the judges seen as most loyal to the ruling SDSM party – Ognen Stavrev – scheduled both the closing arguments and the sentencing in one of the SPO cases for today.

Stavrev was given the so-called TNT case initiated by the now thoroughly disgraced Special Prosecutor’s Office and its chief prosecutor Katica Janeva. Its target, as usual, was former Prime Minister Nikola Gruevski, and several VMRO-DPMNE officials in the Transportation Ministry and local officials. They were charged with demolishing a residential building for political purposes.

The Kosmos complex was being built by Fijat Canoski, a politically active businessman who was in coalition with VMRO, bet had a falling out after the 2010 arrest of his in-law Velija Ramkovski, a controversial media and supermarket mogul. An inspection in the Kosmos build found that Canoski has surpassed the allowed size of the building complex and it was demolished. Canoski is now using the SPO suit to demand millions in damages from the Government.

As corruption scandals engulfed the SPO and Katica Janeva, it was revealed that Janeva’s associates such as Bojan Jovanovski – Boki 13 were extorting money from a number of businessmen, including one very close to Canoski, who paid more than 200.000 EUR in a real-estate deal that benefited Boki 13 and Janeva. The defense in the TNT case insisted that this is clearly evidence that Canoski was bribing Janeva to get her to initiate the criminal case, hoping he will make a huge windfall when the court approves the damages, which Canoski’s request put at 40 million EUR. The defense also pointed to a number of other violations, such as using an inadmissible candidate for the court jury.

But, faced with early elections, corruption scandals, the failure to get approval for EU accession talks and unfavorable polls, Zaev began a public campaign to push judges to go after his political opponents, reigniting the campaing of persecution he was pushing in 2017 and 2018. Gruevski pointed judge Stavrev as one of the most eager supporters of the Zaev regime in the courthouse in the numerous trials against him. Stavrev comes from a family of Communist era officials and is seen as close to former SDSM Prime Minister and powerful banker Hari Kostov. It is widely expected that, if he continues to do Zaev’s bidding in the campaign of political persecution against the opposition, Stavrev will be named an Appeals Court judge.

Stavrev ordered a marathon hearing in the case on Tuesday, keeping the prosecution and the defense in the courthouse for almost 12 hours. The hearing started at 9 in the morning and concluded at 20:30. In order to ensure that he can meet Zaev’s request and produce and sentence before the elections, Stavrev even postponed a hearing in the 2012 Good Friday massacre case, which was also assigned to him. The hearing was supposed to take place today, but Stavrev informed the lawyers by phone, telling them not to show up.

His unequal approach to the two cases was noticeable even before, as he scheduled three hearings in Canoski’s case in December, and only one in the Good Friday massacre, and even that is now being canceled. The Good Friday massacre is not on the list of the cases which Zaev wants resolved quickly – it has a group of ethnic Albanian islamists charged with killing four ethnic Macedonian boys and one man on the eve of Good Friday in an apparent attempt to spark a civil war. Zaev abused the case to the maximum extent while in opposition, insisting that he has new evidence that will shock the public, and strongly implying that the VMRO-DPMNE party staged the massacre. This helped Zaev with his crucial Albanian voters as Albanian language media began pushing all sorts of conspiracy theories. Zaev ignored requests from the families of the murdered boys to reveal this “truth” he allegedly has on the case, but pushed that the group of islamists is released pending retrial. The new trial, led by Stavrev, revealed no new information that would support Zaev’s reckless claims.