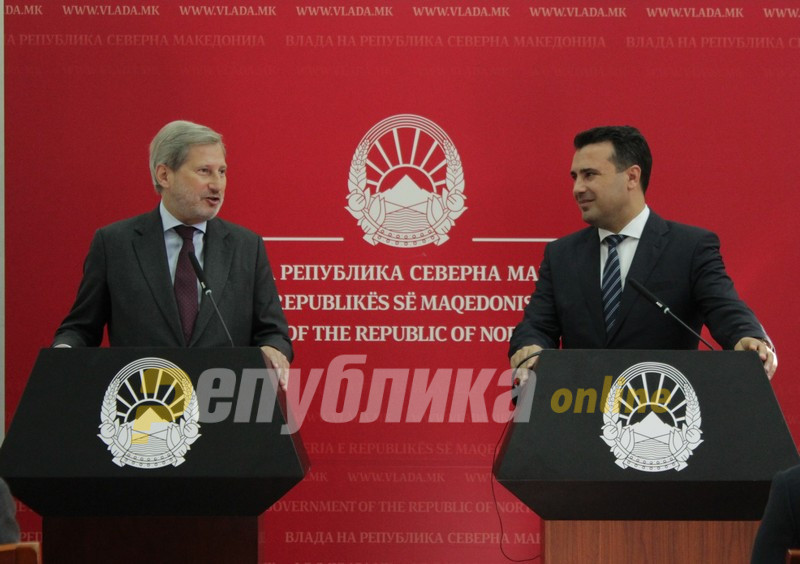 Prime Minister Zoran Zaev spoke on the phone with European Enlargement Commissioner Johannes Hahn to discuss the latest blows delivered by the major corruption scandal he is facing. Zaev’s office issued a press release saying that the “Prime Minister informed the Commissioner about the efforts and the measures his Government is actively and intensely undertaking to fight corruption and organized crime, including in the case code-named Racketeering.

Zaev underlined the firm determination of his Government to fully and non-selectively clear up all cases of high corruption, and assured Commissioner Hahn that all conditions are in place to have the institutions of the judiciary to actively fight crime and corruption without any obstructions, the Government’s press office added.

The investigation into the racketeering scandal has stalled for a month after the initial arrests of two middlemen connected with Zaev’s SDSM party and with the Special Prosecutor’s Office. This prompted a number of diplomats to urge Zaev to begin taking the officials involved in the scandal to account. Hahn, who is normally uncritically supportive of Zaev, issued a statement urging that something is done with regard to the scandal, although one several degrees weaker than those issued by US and French diplomats.

In the press release, it is declared that Zaev and Hahn urged all political parties to work to adopt a new law on state prosecutors in order to ensure a positive EU recommendation so that Macedonia would be able to open EU accession talks in October. The date is seen as slipping from reach because of the fast developing scandal which has exposed the much celebrated Special Prosecutor’s Office, which was instrumental in bringing Zaev to power, as rotten to the core.