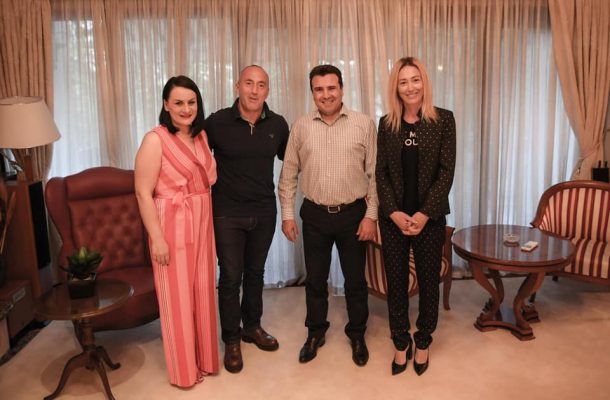 Zoran Zaev and Ramush Haradinaj shared pictures of their family get together in Skopje yesterday.

With Anita we came to visit the Prime Minister Zoran Zaev and Ms. Zorica. Friendly talks about good neighborly relations and the shared Euro-Atlantic perspective of both countries, the Kosovan Prime Minister and accused war criminal wrote.

Haradinaj is Zaev’s closest regional ally. The ties go back a decade ago, when Zaev famously wrote to an Albanian politician in Macedonia that powerful circles abroad are preparing him and Ramush to be leading politicians in the Balkans. Their cooperation continued despite the 2015 Kumanovo attack, when the perpetrators were reportedly close to Haradinaj, who organized state funerals for the ten killed Albanian terrorists.