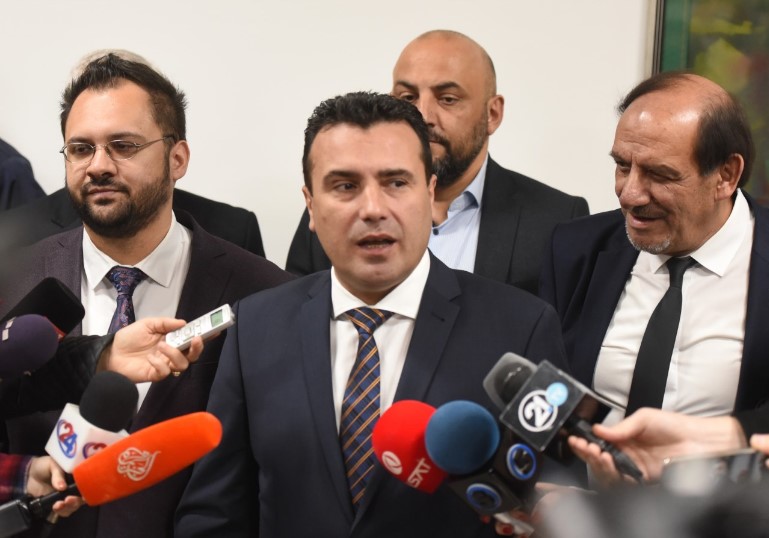 Prime Minister Zoran Zaev keeps pushing the idea of abolishing the six electoral districts in Macedonia, despite clear opposition both from VMRO-DPMNE but also from his coalition partner DUI. Zaev wants proportional voting in a single district where all 120 members of Parliament will be elected, unlike the current six districts which all give 20 seats each.

We can’t do it differently, we promised the citizens in 2016 that we will have a single district, that is part of our program and we believe in it, Zaev told the press today.

Amending the electoral code, and especially such a pivotal issue as the way in which members of Parliament are elected, is always done with unanimous consent of all greater parties, but Zaev said that SDSM will vote in favor of this proposal unilaterally. It is believed that single district proportional voting would harm the larger parties, including SDSM but especially VMRO-DPMNE, but could be used to run several smaller parties to soak up votes. From his position of power, Zaev drew a number of such smaller, single issue or ethnic parties, into his orbit and he apparently believes they will be worth more if they ran on their own, and were later recruited to support his SDSM party.

If there is a vote in Parliament I hope the decision will be consensual, but if it is not, the social-democrats will vote for this change, Zaev added.

DUI representative Artan Grubi, on the other hand, said that the time is too short before the early elections in April to discuss such a change to the electoral model. The Albanian parties such as DUI generally demand a reduction in the number of electoral districts, reducing them to three, which they think will increase the number of Albanian representatives.

VMRO-DPMNE, on the other hand, responded to Zaev’s proposal with a call for a first past the post system, akin to those in the US and the UK.

Our position is clear. What we need to do first is to adopt the recomendations from OSCE/ODIHR and the European Union, and here the work is in an advanced stage. We expect that these changes are introduced as soon as possible, and we should not postpone this issue until before the elections, Janusev said.