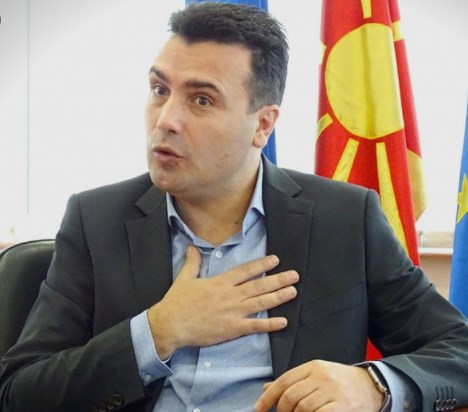 Zoran Zaev today qualified his promise to resign as Prime Minister if his SDSM party loses the mayoral race in the capital Skopje on October 31st. In a Sitel TV interview, Zaev said that he still intends to leave the helm of the Government, but that his coalition with DUI and a dozen smaller parties will endure, under a new Prime Minister.

We resolved all major open issues. We don’t have ethnic open issues at home, we don’t have open issues with our neighbors. We know the five points with Bulgaria and we are working on them. I believe that after the elections in Bulgaria end we have enough time to work on opening EU accession talks. The ruling majority is secure and we have precious two and a half years to focus on the economy, Zaev insisted.

His announcement that he will resign has had the effect of greatly energizing the VMRO-DPMNE led opposition, which narrowly won the race in Skopje in the first round, and already scored major wins in most other urban centers, including across the capital in the separate municipalities. VMRO-DPMNE insists that a defeat of this scale means that Zaev’s Government needs to fall, a new VMRO led majority should be put in place, and early elections held in 2022.