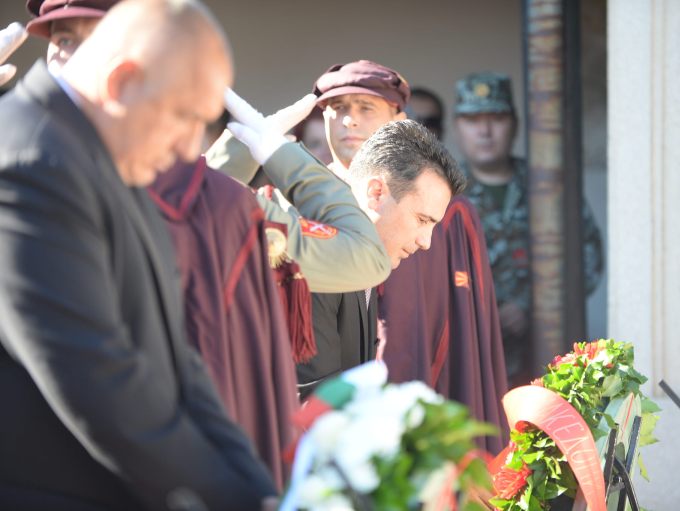 Prime Minister Zoran Zaev insisted that he will find a solution to the growing dispute with Bulgaria, which demands concessions on national identity and historic issues before it will allow the opening of EU accession talks with Macedonia. Zaev intends to meet Bulgarian Prime Minister Boyko Borisov to discuss the demand that legendary VMRO leader Goce Delcev is declared a Bulgarian, but in the meantime Bulgaria raised numerous other issues, with a statement sent to the European Council.

I believe that we as Prime Ministers and our ministers will take good care that in the end we find a solution that will make both sides happy and we can continue through these solutions to advance and strengthen the friendship and good cooperation between both countries. Bulgaria is our great friend and we have to be oriented friendly, Zaev said.

He added that the meeting with Borisov is being agreed with the frequent protests in Bulgaria in mind. Macedonia and Bulgaria are supposed to jointly host the Berlin process regional summit, and this was presented as pinnacle of good cooperation in the region, but in the meantime the growing historic dispute has opened the prospect of a Bulgarian veto against Macedonia, which was made clear by Defense Minister Krasimir Karakacanov. Zaev insisted that during all meetings Karakacanov was friendly and supportive.