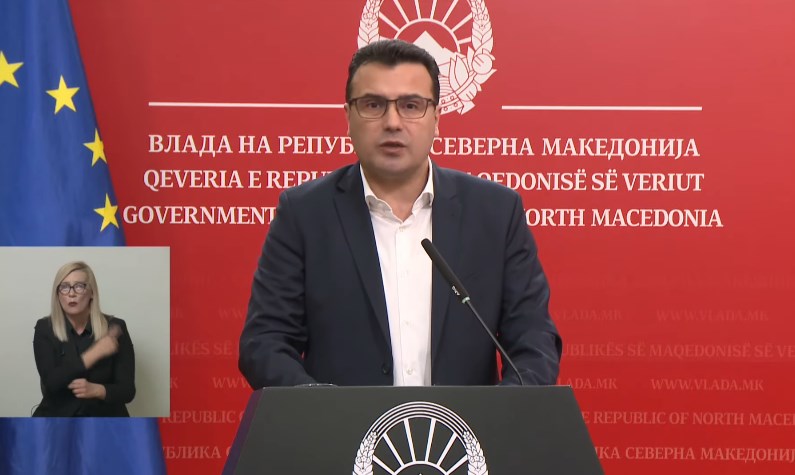 In an interview with the state run MIA news agency, Prime Minister Zoran Zaev insisted that Bulgaria is violating foundational European norms with its veto of Macedonia’s accession talks. Still, Zaev said that Macedonia has no option but to continue a calm dialogue with Bulgaria and that he will dispatch envoys to Sofia after the New Year holidays.

This is a blow against the foundations on which the European Union was built. We will be fully active on this issue. We will fight because our children expect us to win the battles of the 21st century so that they are in the EU and secure and stable now they are in NATO. We will not allow our fatherland to be sold away in back channels and bars again. It is now protected by NATO and we have the deeds to the state, Zaev insisted.

He said that he will send Foreign Minister Bujar Osmani and his envoy Vlado Buckovski to Bulgaira soon to continue “calm dialogue, to show readiness for cooperation against nationalist that is used for domestic political purposes”.

Zaev added that he will not push for early elections after the failure of his signal policy – to ensure EU accession through giving concessions to Macedonia’s neighbors. Zaev claimed that his majority in the Parliament (62 votes out of 120) is stabled and that he has the public support – as seen in a poll published by the pro-Government Telma TV which had his SDSM party and VMRO-DPMNE virtually tied.