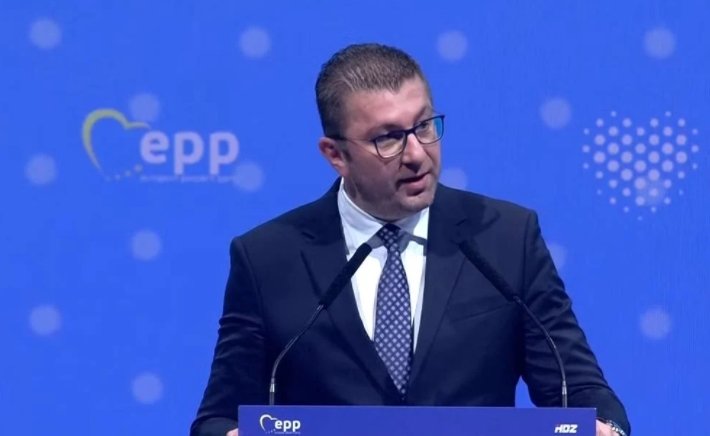 Generally, these couple of days we will be in Brussels, together with the Vice President Aleksandar Nikoloski and the International Secretary Timco Mucunski. We use this opportunity first with the European People’s Party, with the political parties that are part of the EPP during the Political Assembly to talk about current topics that are part of the EPP policies. The subject will generally be the adoption of the 2021 budget, the upcoming Congress to be held at the end of 2021, the ideological Congress of the European People’s Party, VMRO-DPMNE leader Hristijan Mickoski told TV Alfa on Monday.

He adds that they will use this visit to have meetings and a number of events with politicians who are MEPs and presidents of political parties and prime ministers, people who are part of the EPP and to use the opportunity to talk about how to start negotiations with the Republic of Macedonia as soon as possble, to remove the veto that unfortunately Bulgaria has imposed. So now in the 21st century we are discussing topics that are century old.

In that way, additional motivation and stimulus will be given to the Macedonian citizens, to the Macedonian people to believe in the European values and the European perspective of Macedonia. We are absolutely aware that the current government led by SDSM and Zoran Zaev practically ranked Macedonia as the most corrupt country and a country ruled by crime and is in the worst place in Europe, said Mickoski.

He also informed that today they had a meeting with MEP Marco Campomenosi during the morning sessions.

Although he comes from Mr. Salvini’s Lega party which is not part of the European People’s Party, we as VMRO-DPMNE have a strategic commitment to establish a fruitful and I would say more serious communication with Mr. Salvini’s Lega party, because we expect them to win the next elections and Mr. Salvini will be the Prime Minister of Italy although they are currently part of the Italian Government. We talked about deepening cooperation, we commented on certain party ideological directions, we invited him or Mr. Salvini, depending on the time available, or some other high-ranking officials from their party, to be part of the local election campaign. From what we managed to hear is that they will give their best to make it happen, but in that period there are also local elections in Italy, so it will be a little harder for them to find time. In any case, VMRO-DPMNE is establishing serious communication with Salvini’s Lega, Mickoski said.