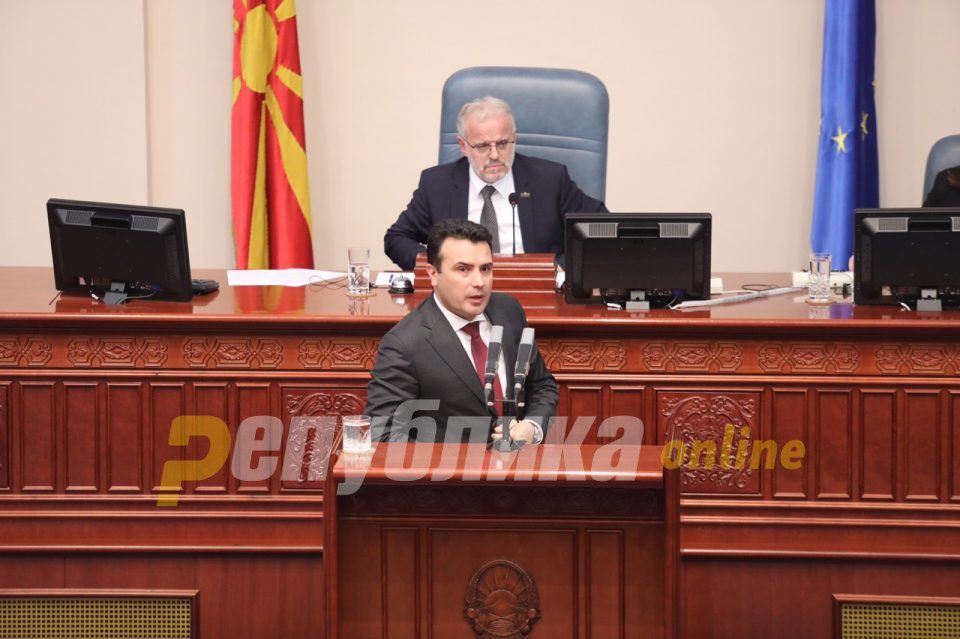 Prime Minister Zoran Zaev urged the historians that are part of the joint committee with Bulgaria to make further concessions in the talks over historic figures such as Goce Delcev, as Bulgaria is mulling using its veto power against Macedonia again.

History is a living, breathing thing, it is debated over and in time new historic facts emerge. There are also undisputed historic facts. So we tell our members in the committee not to bre afraid if something is documented and historically accepted by both sides, to quote the documents and talk about it. Find a way to build friendship, instead of something that will divide us again, Zaev said while speaking in the Parliament.

As the date when the European Council decides on whether to allow Macedonia to open its accession talks draws near, Bulgarian leaders held a meeting to determine their position based on whether Macedonia has made enough concessions. The teams are supposed to operate on even terms, but given Bulgaria’s right to veto Macedonia’s EU and NATO accession, all movement done so far has been one way traffic – toward accepting Bulgarian positions. It is expected that the conclusions of the committee will then be introduced into the Macedonian public schools, through the history books, and the narrative that all important historic figures were Bulgarians leads toward teaching that Macedonians are, in fact, Bulgarians.

Bulgarian historians and politicians demand that Macedonia declares legendary VMRO leader Goce Delcev as ethnic Bulgarian, citing documents he signed while attending the military academy in Sofia. An attempt by President Stevo Pendarovski to placate the Bulgarian side backfired when he reversed his position months later and now even avoided going to Delcev’s grave as he was hosting a foreign visit.

Caught in the historic dispute over Goce Delcev, President Pendarovski steers clear from his grave

Bulgaria is unlikely to block the opening of accession talks, but issues such as the ethnicity of Goce Delcev are sure to creep up later in the talks. Zaev defended the treaties he signed with Greece and Bulgaria today, despite the numerous issues that have arrisen since then, and the overwhelming negative approach toward them, especially the one with Greece, in both countries.

We need to keep finding pragmatic solutions, but that doesn’t mean we need to risk away our feelings, our rights, our essence. As the person who negotiated the treaties, I don’t feel any less Macedonian then other Macedonians and I don’t believe that anybody else cares more about the Macedonian identity than I do. But it is also the concern to provide a future through identifying our identity that makes me giddy looking into the future with hope that we will keep the young people here, Zaev said, in his recognizable style.

He assured the members of Parliament that Macedonia will be allowed to open EU accession talks on October 15th, and added that for him there is no plan B in this regard.