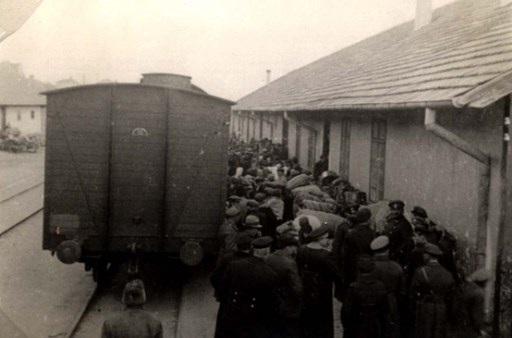 Prime Minister Zoran Zaev issued a very carefully worded statement on the International Holocaust Remembrance Day, careful not to make any mention of Bulgaria, under whose command the deportation of the Macedonian Jews was carried out in 1943.

Macedonia is tied in a deep historic dispute with Bulgaria which wants Macedonian history books to be scrubbed of any negative mention of Bulgaria. The dispute has swept through various historic chapters and recently Bulgaria began raising the issue of the Second World War, and demands an end to any mention of Bulgaria as a “fascist occupying power” in Macedonia during the war, although it has not yet raised the issue of how is Macedonia supposed to discuss the Holocaust.

Over 7,000 Jews living mainly in Skopje, Bitola and Stip were rounded up in 1943 by the Bulgarian forces, upon a request from Germany, and transported by trains to be handed over to German authority – and eventually nearly all were killed in Treblinka.

In Zaev’s statement he said that “we honor the 7 million Jewish mothers and daughters, fathers and sons, friends and neighbors – who lost their lives in the fascist death camps” and we “keep the memories of the 7,200 our fellow citizens from Skopje, Bitola and Stip who were transported to Treblinka, in Poland, on the trains of death”.

In his infamous BGNES interview Zaev insisted that Bulgaria was not an occupying power in Macedonia and that its final actions, after it switched sides in 1944, can be seen as liberation of Macedonia. He also approved that World War Two memorial plaques that honor partisans killed in a fight with Bulgarian soldiers that use the words “Bulgarian fascist occupier” should be scrubbed.

The countries still haven’t publicly discussed the issue of the Holocaust and how does Bulgaria want Macedonian history books to present the deportation. Bulgaria takes pride in the fact that it saved the Jews from Bulgaria proper, resisting Hitler’s demand, but largely ignores the fact that it previously carried out the deportation of Jews from Macedonia and from parts of modern day Greece that it occupied. Bulgarian leaders loudly condemned the move by Macedonia to produce a war drama, The Third Half, which represented the deportation of the Jews and portrayed Bulgarian officers who were in charge of the process.