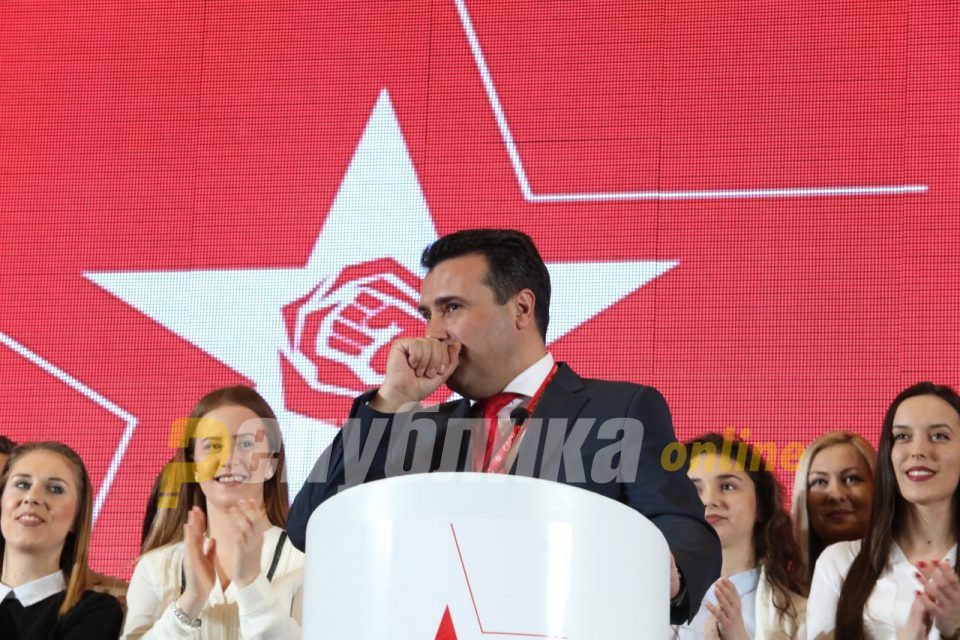 In his MIA interview, SDSM party leader Zoran Zaev repeated his highly controversial position that the Macedonians are a “multiethnic nation”, which illustrates the confusion caused by the treaties Zaev signed with Greece and Bulgaria.

We are friends with our five neighbors, the whole democratic world is our friend, half the world visited the Republic of (North) Macedonia in the past two and a half years, the Pope came. They all came to encourage this multiethnic nation on its right path, Zaev said.

The treaty Zaev signed with Greece specifies that Macedonia can use the term “Macedonian” for its nationality but only if it has “/citizen of the Republic of North Macedonia” added to it, turning the word “nationality” into more of a citizenship than an ethnic qualifier. Never the less, Zaev took this article in the treaty to mean that Greece has acknowledged the existence of a Macedonian nation.

But in statements like this most recent one, a position he made before, he goes further and insists that “Macedonian” actually means a civic nation made up of Albanians, Bosniaks, Roma, Serbs, and, confusingly, Macedonians again.

His use of the term multiethnic nation is not a coincidence. It leads to a full erasure of the meaning of the term Macedonian. It is just a seemingly benign way to get to the end point of his ideological and political project, said political scientist and former Government Minister Ganka Cvetanova when Zaev first deployed the term.

Greece and Bulgaria, which allows the existance of Macedonians but only defined as a newly formed nation, after the Second World War, are relatively quiet in the pre-election period, even as Zaev has also declared that the EU is recognizing the Macedonian language as its official language – a  big red flag for Bulgaria. Both countries, Bulgaria especially, have openly declared for Zaev, and are apparently ready to ignore his “patriotic” comments during the campaign hoping that he wins the elections, and then continues to deliver on the concessions he has promised. On the other side is VMRO-DPMNE which rejects both treaties and has declared its willingness to tolerate them up to the point that they advance Macedonian national interests – getting the country into NATO and the EU so that neighboring countries that deny the Macedonian national identity no longer have leverage to pressure the country.