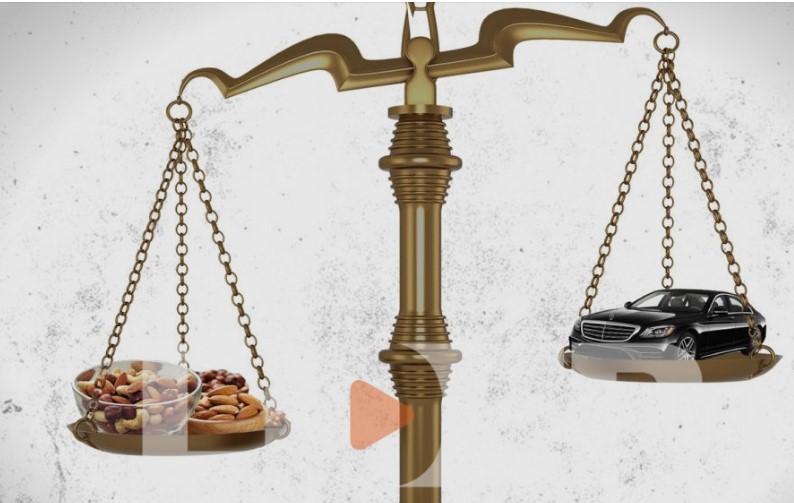 Outgoing Prime Minister Zoran Zaev was defending the Special Prosecutor’s Office again today, during his question time in Parliament, where he was confronted with the latest scandal involving Katica Janeva and her prosecutors. Zaev insisted that the team, which helped him immensely in his power grab, were not abusing their office when they divided huge bonuses that often surpassed their salaries, between themselves and to other SDSM party supporters.

There shouldn’t be some huge drama over payments of 1.000, 1.500 euros. The Prime Minsiter receives 84.000 denars, the members of Parliament have 100.000 denars with expenses, that amounts to 18.000 EUR a year or 75.000 for four years, and now you create a drama? There were experts working there who risked their necks. The fact that there are no sentences is due to the capture of the judges who took Swarowski jewels, with soem honest exceptions. And now you reach conclusions that the crimes didn’t happen and the tapes were edited, a visibly emotional Zaev said in Parliament, as his favorite group of prosecutors is facing a new major scandal.

Prosecutor Fatime Fetai, who along with Janeva was once represented on shirts and street art declaring them heroes of justice and the rule of law, also tired to deflect criticism by saying that the 80.000 EUR she collected in bonuses were similar to what members of Parliament would receive. She neglected to say that at one point, during the tense re-count of votes following the 2016 elections, the SPO sought to help Zaev by filing charges against a key electoral commission member – former VMRO-DPMNE member of Parliament, precisely over the travel expenses she collected. Fetai herself was presenting the charges of abuse of office at the time, only to now declare her own, very similar bonuses, as no big deal.

And while Zaev tried to defend the illegal bonuses of the SPO staff as small potatoes, one estimate brings them within reach of some of the criminal cases which the SPO was investigating. Former Prime Minister Nikola Gruevski was forced to seek political asylum in Hungary over an SPO case accusing him of ordering the purchase of an armored Mercedes vehicle worth 600.000 EUR. The funds were not misappropriated and the vehicle was purchased, and is still in use after being put in service to transport the likes of Angela Merkel and Theresa May. But the SPO persecuted Gruevski none the less, insisting that his personal gain from the “crime” was that he also got to ride the car from time to time. A similar case that was also meant to ensnare Gruevski was the purchase of Skoda vehicles for the Interior Ministry. Again the vehicles were purchased and are currently in use, but the SPO arrested a top Ministry official and sought to arrest Gruevski for a contract worth 1.05 million EUR.

Even if the cases actually inflicted damage to the state budget, and to the full extent of the price of the Mercedes vehicle or the Skoda patrol cars, it still falls below the misappropriation of funds perpetrated by the Special Prosecutor’s Office, which had a budget of several millions each year. Only the bonuses for the employees such as Janeva, Fetai, Lile Stefanova and Gavril Bubevski amounted to 1.180.000 EUR. They were not only obscenely high for Macedonian standards, but they were illegal as well, since under law, an prosecutor can receive a bonus no higher than 30 percent of basic salary, and Janeva hugely surpassed this ratio. The Prime Minister of the country was forced to flee, and a party that lost elections was elevated in power by prosecutors, who are now found to have caused more financial damage than the Prime Minister they prosecuted.

One particularly comical element in the SPO financial reports that are being shared online is the transfer of about 50.000 EUR over two years to a company registered for the retail of peanuts and other snacks. This prompted much guffawing in the public about the prosecutors who were munching huge amounts of peanuts and cashews on the public dime. SPO officails eventually revealed that the money were acutally used to rent office space from the company and not to buy nuts. But, the attempts to portray their finances and bonuses as peanuts are not getting much traction.