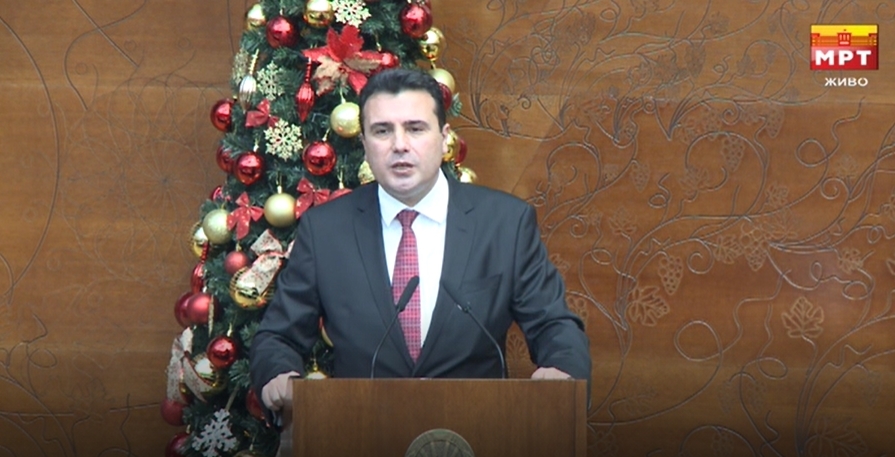 After the dramatic comments from member of Parliament Rasela Mizrahi, who blasted Zoran Zaev for his BGNES interview and the comment that Bulgaria’s occupation of Macedonia in World War Two was simply “administration”, Zaev flat out denied ever saying that.

The comment, which Zaev most definitely made, was one of the most critical statements of the BGNES interview Zaev made, which sparked a rift in his own SDSM party and street protests by the opposition. Mizrahi, who is Jewish, showed Zaev pictures of her family members killed in the Holocaust and asked him to explain his comment.

“Does this look like mere administration to you?”, Mizrahi asks Zaev while showing him pictures of family members killed in the Holocaust

In his response, Zaev accused Mizrahi of using her family tragedy to advance personal goals.

I never said that Bulgaria was an administration, the administrаtion, the Government at the time joined the Third Reich. Of course that fascists killed those people, they were killed by a fascist, but you can’t talk about the whole of Bulgaria, Germany or Italy. You can’t call an entire country fascist. The same treaties we signed are used between Poland and Germany and in them they say that we won’t forget the past but we will turn to the future, Zaev said.