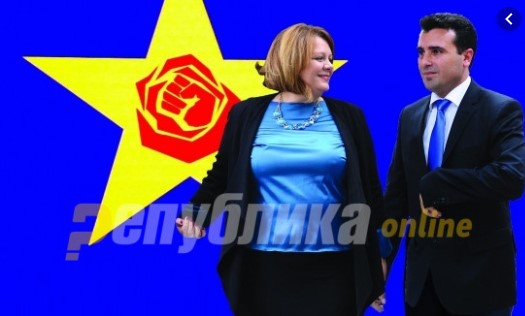 SDSM party leader Zoran Zaev denied that he met with Katica Janeva prior to her arrest. The allegation was raised after the surveillance videos of Janeva showed her being driven off to a portion of Mt. Vodno where several Government villas, including those of Zaev and President Stevo Pendarovski, are located.

It’s not true that that meeting happened. All those reports and analysis need to be checked. My last meeting with Janeva was during the Council for reforms in the judiciary, Zaev said.

Previously Zaev confirmed that the audio recording in which he is discussing the funding received by Janeva’s co-defendant Bojan Jovanovski – Boki 13, is authentic.