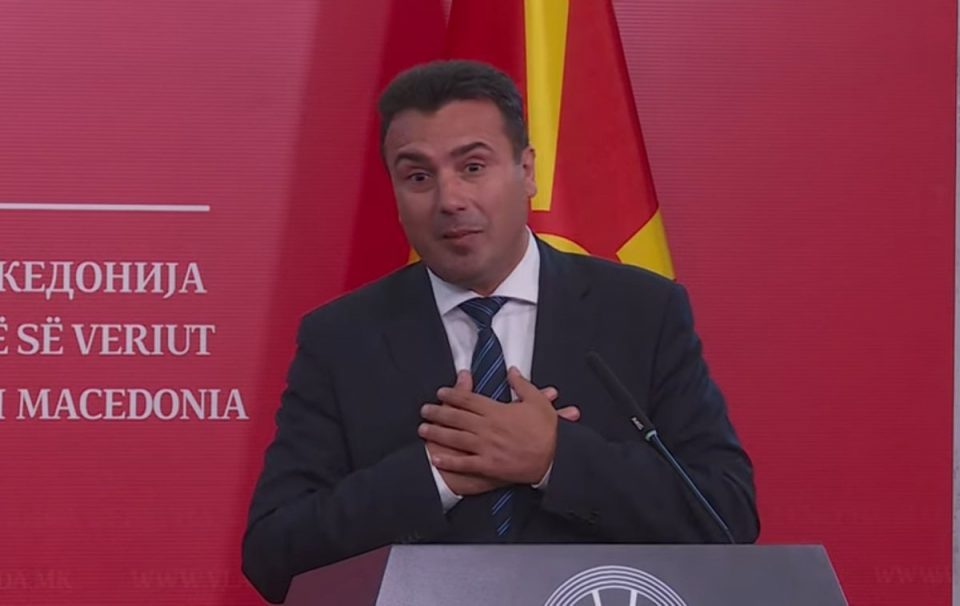 Prime Minister Zoran Zaev dismissed the announcement from opposition leader Hristijan Mickoski that there is a chance of reaching agreement on the law on state prosecutors.

I have no information that our teams are coming closer in their positions. I hope they do, anything that happens before October 15th is not too late. It would be good for the country if we reach agreement, said Zaev.

The judiciary is in chaos after the spectacular collapse of the Special Prosecutor’s Office. Zaev wants to keep his campaign of persecution of political opponents through the OJO office of prosecutors, while at the same time insisting that the opposition is not able to appoint an organized crime prosecutor who would look into his own business dealings and corruption. The talks have faltered after Zaev insisted that the newly appointed Special Prosecutor, named by the opposition, would only be able to investigate crimes committed after the date of his appointment, insulating Zaev from a proper investigation into the major racketeering charges that brought down Special Prosecutor Katica Janeva.

Some of the EU member states have asked for progress on this issue before they can approve the opening of accession talks with Macedonia at the European Council that begins in a week.