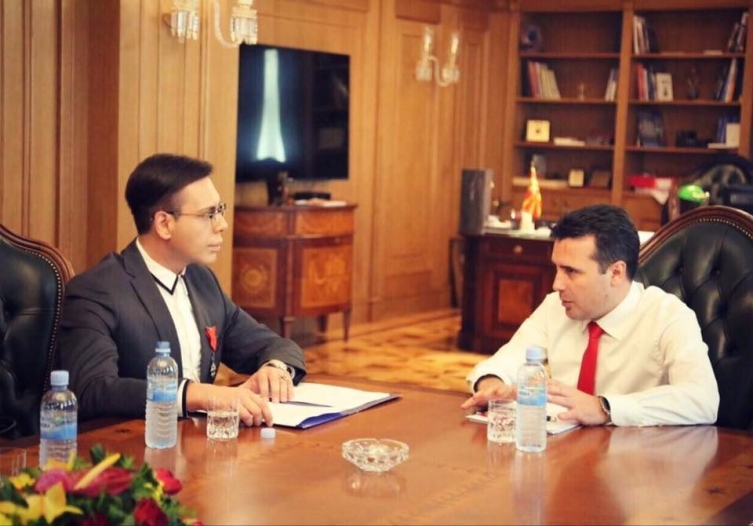 Instead of working to clear up the biggest criminal affair in the Republic of Macedonia, Prime Minister Zoran Zaev has obstructed it, according to the statement of the racketeered businessman Orce Kamcev published on the Infomax news portal late Friday.

Kamcev’s and other witnesses’ testimony in the investigation clearly indicates that Zoran Zaev has put himself in the defense of crime and has been working to conceal traces in the investigation, warning Zoran Mileski and Bojan Jovanovski that Kamcev had reported them to the prosecution.

Asked whether after the meeting with Prime Minister Zaev, he had contact with Bojan Jovanovski or Katica Janeva, Kamcev said no, but I had a communication with Zoran Milevski, who had received information that I had reported the case, I think from the Prime Minister, it is said in the prosecution’s minutes from Jordan Kamcev’s statement.

If Kamcev’s claim is true that Zaev warned Kiceec, the prime minister committed a crime that is punishable by one to five years in prison, depending on under which article of the CC he would be prosecuted.

If Zaev is prosecuted under Article 369 of the Criminal Code, he could face up to one year in prison.

But if he is also prosecuted under Article 365 of the Criminal Code, “Helping a perpetrator commit a crime”, he may face up to five years in prison. 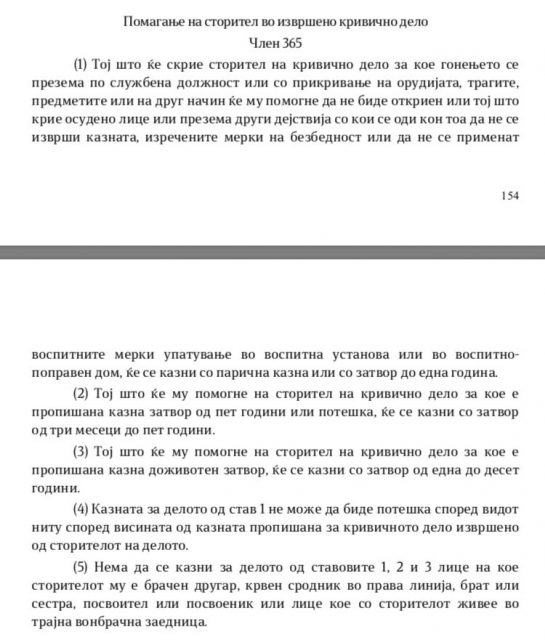 If Kamcev’s statement is true, it is certain that Prime Minister Zoran Zaev decided to get involved in crime to help Zoran Milevski and Bojan Jovanovski to protect himself from Bojan Jovanovski, who told him through Serbian “Kurir” that he had incriminating evidence against him and that if something happens to him in prison, his mother Jasminka will make them public.

Zoran Zaev’s involvement in the racket can also be heard in the audio tape published by the Italian newspaper La Verita, where Boki 13 assures Kamcev that Zaev will not cause problems for the businessman’s acquittal and that he would manage it.

In another tape, Kamcev points out that Boki 13 is playing the game for them, referring to Zaev and the government.

The opposition VMRO-DPMNE at press conferences regularly claims that Zaev is at the head of the criminal octopus. Party President Hristijan Mickovski also said in an interview that the head of the criminal octopus is Zoran Zaev. He says the government’s efforts to individualize responsibility for the crime of just a few people are in vain, stressing that it is an organized group that includes people close to the prime minister.

A large number of Macedonian citizens joined VMRO-DPMNE protest march for justice in this country. And to say NO to Zaev and his false policies. Citizens today demand respect for justice and oppose violations of the Constitution and laws.
Macedonia 25.02.20 | 15:54