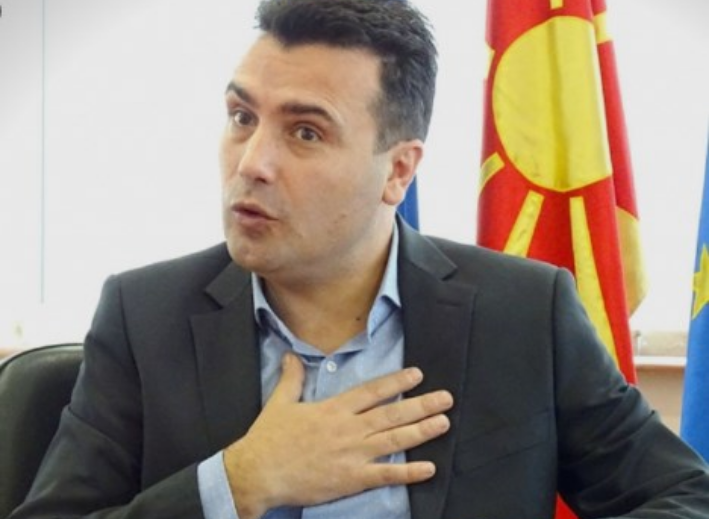 A day after Bulgarian showman Slavi Trifonov announced his plan to send a “Northmacedonian” cosmonaut to space, Zoran Zaev responded by saying that he feels hurt when someone uses that term about Macedonians. Trifonov’s ITN protest party is tied with the GERB party after the early elections, and he seems well positioned to form the next Government, with the help from other protest parties. Trifonov was proposing a list of ministers and outlining priorities for an ITN supported Government, when he veered into the uncharted space with his comment.

Trifonov proposes a new Bulgarian Government, says it will work to send a “Northmacedonian” cosmonaut to space

We are Macedonians, and we speak the Macedonian language, just as our friends and brothers, the Bulgarians speak the Bugarian language. I expect that they will correct themselves, since they are a political party which won the most support among the citizens of Bulgaria, and it is our obligation to build friendship and good relations that will benefit us all, Zaev said.

Zaev insisted that the 2018 Prespa Treaty he signed with Greece allows Macedonia to use the term Macedonian, and actually restricts the use of the term “Northmacedonian”. But his recent attempt to say Macedonian football team in a tweet during the Euro Cup prompted an angry rebuke from Greece, and Zaev agreed that the football players should be termed “Northmacedonian”. It’s not clear where the Prespa Treaty stands on cosmonauts.

Meanwhile, former Bulgarian Prime Minister Boyko Borisov responded differently to Trifonov’s proposal – he asked why must the Macedonian cosmonaut be male, while Bulgaria sends a man and a woman, and also warned that this is a good way to start an inter-stellar war.