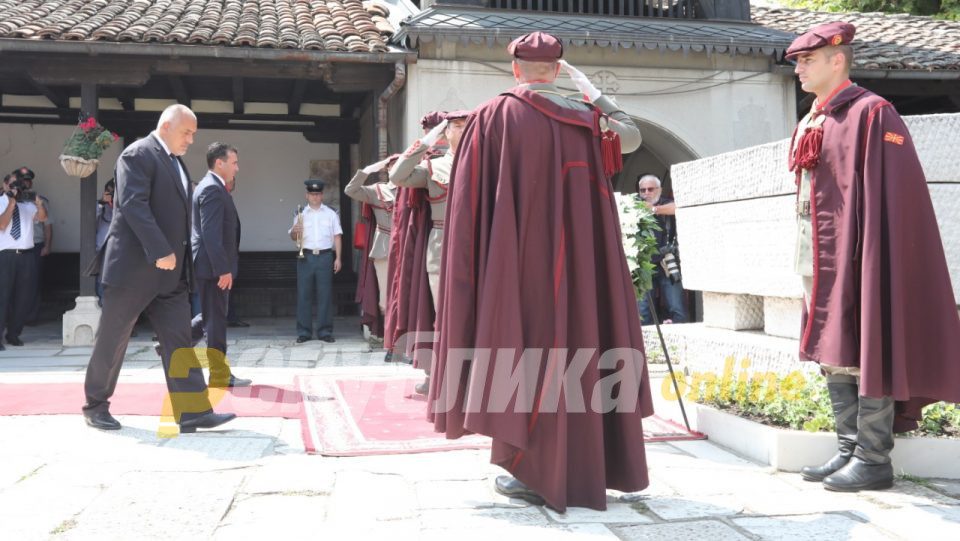 Faced with a Bulgarian veto of the opening of accession talks with Macedonia, Zoran Zaev today made a statement on legendary VMRO hero Goce Delcev, who is at the center of the latest dispute. Bulgaria demands that Macedonia declares Goce Delcev as an ethnic Bulgarian hero, a move that Macedonian historians and public oppose. Bulgaria openly expects that Zaev will deliver on the issue, and Bulgarian politicians have endorsed him ahead of the July elections for this particular reason, and today Zaev made a middle of the road statement.

Goce Delcev is a Macedonian revolutionary, but it’s also a fact that Bulgaria and Bulgarians consider him to be a Bulgarian revolutionary. It’s a fact that we have the city of Delcevo named after him and that Bulgaria has the city of Goce Delcev. We have his monuments all over “North” Macedonia and Bulgaria. Together with Prime Minister Boyko Borisov we bowed to his monuments in Sofia and in Skopje. That is the reality and the facts, Zaev said.

Under the 2017 Zaev – Borisov treaty, the countries set up a joint committee of historians who need to work on a shared historical narrative. As Bulgaria holds veto power in the EU and Macedonia’s EU accession is linked with upholding the treaty, the shared narrative agreed so far has been one – way traffic, with Macedonian historians accepting that this or that historic figure had a Bulgarian heritage. But Delcev proved a bridge too far and the Macedonian members have backed out of the committee, citing the elections as an excuse to suspend its work, although Zaev today insisted that the committee is operational.

We should see historic figures as a basis to improve relations between the Macedonian and the Bulgarian peoples and to avoid sweeping historic moments under the rug. We have the Friendship Treaty and the Prespa Treaty to resolve issues that will unite us in the future, Zaev said during a press conference with the newly appointed EU ambassador to Macedonia David Geer.

Bulgaria recently issued a strongly worded statement that it wants to guide the EU accession process – it declares that Macedonians are a newly minted nation, out of the Bulgarians who lived in the region, that the Macedonian language is a dialect of the Bulgarian and that Bulgarians in Macedonia faced murder and persecution over the past 70 years. Asked about the possible Bulgarian veto, ambassador Geer said that he can’t predict when the accession talks will begin, saying he is in no position to discuss what steps will the European Council take. Geer also wouldn’t discuss whether other countries are joining Bulgaria in opposition to Macedonia’s accession talks, and only expressed hope the talks will begin “as soon as possible” and “before the end of the year”. 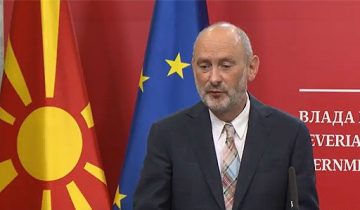 Zaev said that he will meet with Borisov, who is himself facing major protests and political upheaval, hopefully before early November.

I want to have my first visit to Bulgaria in my new term by then. We have matters to discuss, there is Goce Delcev as a historic figure and the Berlin process summit which we host together with Bulgaria in Sofia. I’m currently awaiting a response from Bulgaria about our meeting, Zaev said.