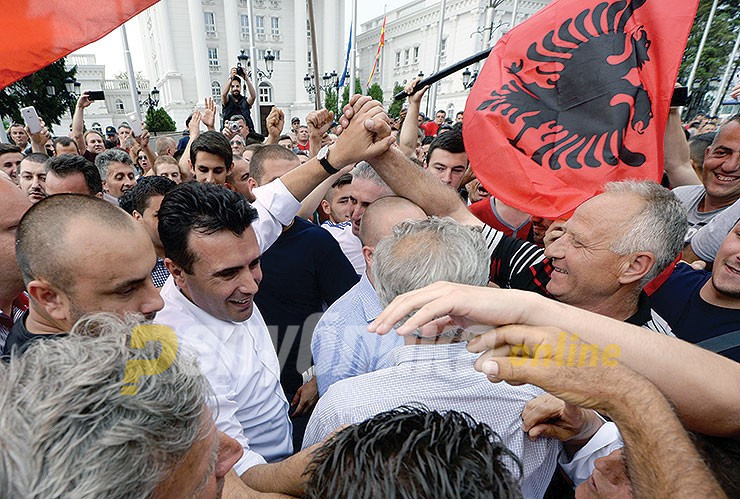 Zoran Zaev wrote on Facebook saying that he and SDSM have no problem Macedonia getting an Albanian as prime minister.

With that being said, the president of SDSM, Zoran Zaev, practically denies himself, because in his previous statements on DUI’s proposal for an Albanian prime minister, he said that such an initiative was premature.

What can I say, another Spitzenkandidat. We have nothing against the man, but I believe that his participation in such a blackmailing offer is not appropriate. He cannot reform DUI in 20 days, DUI needs to spend 4 years into opposition so that it can be reformed into a good party. I believe that this is just politics and politicizing because the mandate at the end of the day is given by the citizens. They choose a person, a dedicated staff, which has been proven so far, and I believe that on July 15, the citizens will determine through their vote who will be the next Prime Minister of the Macedonian Government, said Zaev until recently.

With his latest post, Zaev giving in to Ahmeti and accepting his proposal and blackmail? Was the strong rejection of DUI’s proposal for an Albanian prime minister just a bluff? Is Zoran Zaev again courting the Albanians and promising them everything for votes? 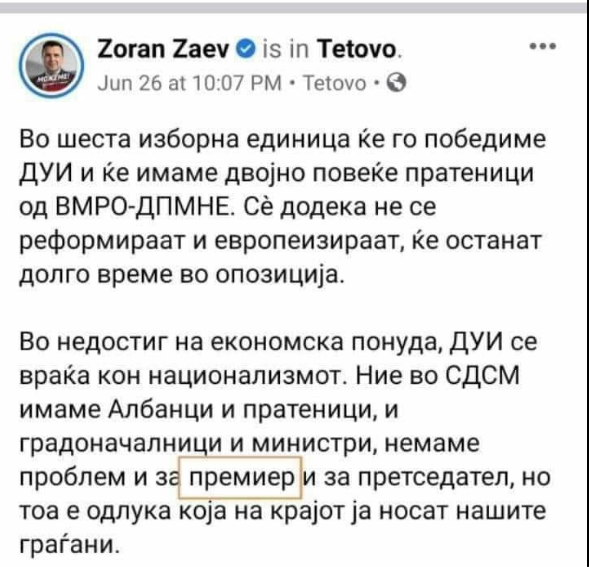