There is great disappointment and trauma among the citizens after the blockade of Macedonia’s European path, but the country will not look for alternatives, said Prime Minister Zoran Zaev in an interview with the “Conflict Zone” show on Deutsche Welle. In the interview, Zaev talks about the chances of resolving the dispute with Bulgaria, the upcoming census, corruption in the country and the danger to the region if the delay in EU integration continues.

I am optimistic because during our last visit on June 17, we met with all the officials in Bulgaria, with the President, the Prime Minister, the Ministers and offered solutions to all open problems. And, there was full confirmation of that, but the need for a political government in Bulgaria remains. Therefore, I am optimistic and I can conclude that we continue to be completely friendly, because we are first neighbors and we should normally provide a better future for our young people, not to make mistakes in that direction. Therefore, I believe that a solution is possible after the formation of the new government in Sofia, said Zaev. 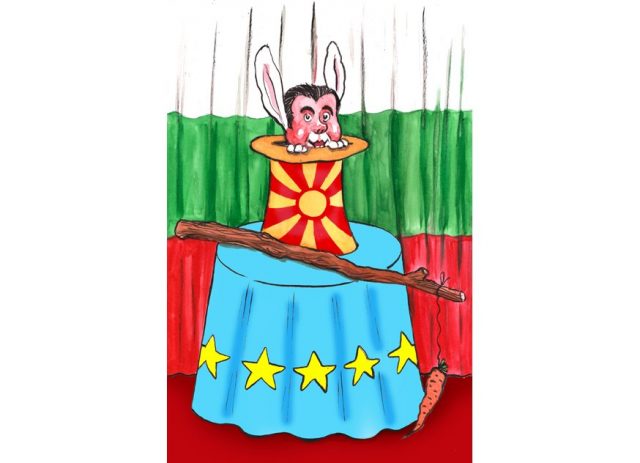 Although the disappointment in the country after the Bulgarian blockade “is very big”, as Zaev says, there is still no alternative for the country.

No, there is no other alternative for us than the only one: Macedonia’s EU membership. And the pact for Europeanization of our country is the most precious, the most important for all our citizens. We and the other countries of the Western Balkans are like an island in the European Union. We are completely surrounded by European Union member states. And at the end of the day, we want to continue and one day become full fledged members of the European Union. And that is not because we choose to go to the European Union. That’s because of values. We strongly believe in European values. You know, there are many other interests here in Southeast Europe and the Balkans, from Russia, from China, from the rest of the world. But they do not offer values, democratic values, they do not offer European values, Zaev said.

The postponement of the European future of the countries in the region, the loss of motivation becomes dangerous for all countries in the Western Balkans, as well as for Macedonia, says Zaev.

Only a future in the EU gives us hope that the Europeanization of the country will continue. More rule of law, better health care system, European education system, good economy… he said.

In recent years, Macedonia and Albania have been hoping for a positive decision for the start of accession negotiations with the EU, but the dilemma of possible decoupling of the two countries is increasingly being raised. The European Council believes that it will be easier to make a decision to start negotiations for the two countries in a package, than individually, said Zaev, but there is no problem for him if the two countries are now separated due to the veto from Sofia.

Every country deserves to be judged by its results. I wish success and luck to our western neighbor, Albania, to continue on that path if this blockade from Bulgaria continues, said Zaev.