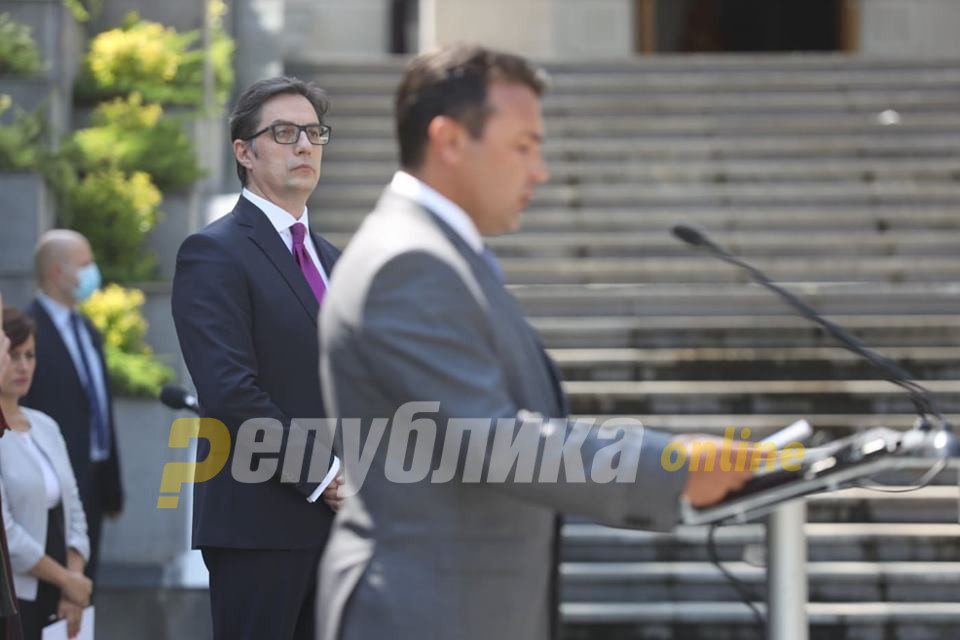 During the coalition talks, the DUI party demands that an ethnic Albanian is named Prime Minister, at least for a portion of the four year mandate. This was rejected today by Zoran Zaev, as he was given the mandate to have a first shot at forming a Government by President Stevo Pendarovski. Zaev said that this would be blackmail and would leave a bad impression on the ethnic Macedonians.

If the citizens sense this bitterness that someone is being under blackmail, that will leave a trail. We can’t allow that. There can be no blackmail, Zaev insisted.

To strengthen its already considerably strong position, DUI is working to prepare a pan-Albanian platform with the other parties representing ethnic Albanians. The Alliance of Albanians and Alternative have said they will support DUI if it manages to secure its demand, a request that seems tongue in cheek, from parties eager to see DUI try and fail in the attempt. But given Zaev’s long list of concessions over the past years, it could materialize.