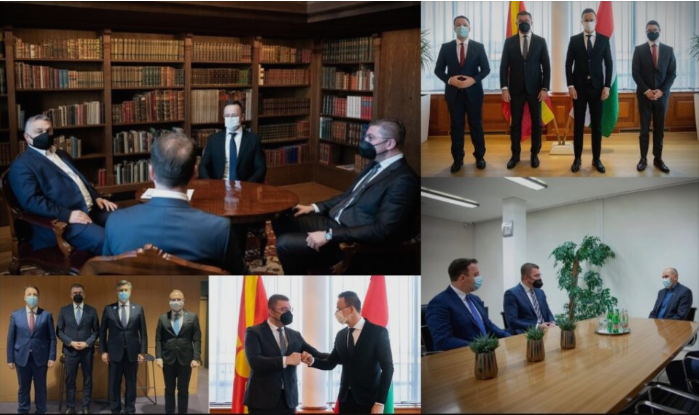 The pardoned criminal Zoran Zaev is a politically isolated politician by the world, but also by the Balkan leaders. In the past 6 months, the outgoing Prime Minister Zoran Zaev has not had a single bilateral meeting with the Prime Minister of any European or world country, VMRO-DPMNE said in a press release on Sunday.

It was more important for Zaev together with Filipce to ride quads on the mountains across Macedonia, than to have a meeting with the Prime Minister of a country, which would help in this health and economic crisis. How will Zoran Zaev solve the problems and unblock the European integrations, if there is not a single meeting with a European statesman. This criminal government led by Zaev has completely lost international support. The daily scandals, criminal tenders, racketeering, corruption, political revenge of political opponents that this government has made are the reason for the complete ignorance of Zaev and his ministers by the international community. While Zaev is a completely isolated politician, the president of VMRO-DPMNE, Hristijan Mickoski, together with the vice president Aleksandar Nikoloski in three days held 3 bilateral meetings with three prime ministers of EU member states, said the party.

VMRO-DPMNE adds that first President Mickoski and Vice President Nikoloski met with the Prime Minister of Hungary, Viktor Orban, where they discussed the excellent and friendly relations, as well as the blocked European integration of Macedonia. At this meeting, President Mickoski asked his interlocutor for support from Hungary to unblock Macedonia’s European path.

Mickoski and Nikoloski also paid working visits to the Republic of Slovenia and the Republic of Croatia, where they met with the Prime Ministers of these two countries, Janez Jansa and Andrej Plenkovic. At these meetings, experiences were exchanged for the global health crisis due to COVID-19, as well as for the economic challenges that are a consequence of this pandemic. The bilateral meetings between President Mickoski and Vice President Nikoloski are clear support by European leaders for VMRO-DPMNE. These meetings are just another proof of who works for the good of Macedonia and the citizens of Macedonia, and who works for personal enrichment, devastation of Macedonia and complete sale of state interests. VMRO-DPMNE in the coming period through its representatives will hold and organize meetings with political leaders, in order to help and support the European process of the country, stressed the party.