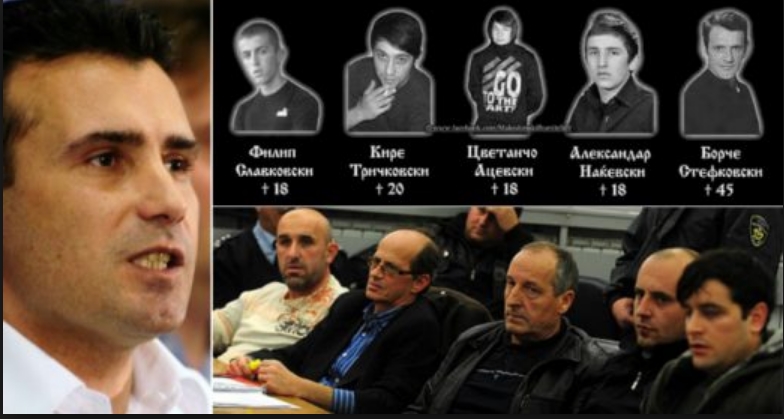 The “Monster” case trial resumes on February 3, and SDSM leader Zoran Zaev was among the other witnesses proposed by prosecutors as an additional witness at today’s hearing on the five-fold murder near Smilkovsko Lake.

The parents of the victims have repeatedly appealed to judge Ognen Stavrev Zaev to be on the witness list, to finally confront him and his lies.

Aleksandar’s father, Goran Nakevski, in the summer asked Stavrev to arrest the then prime minister, because as a political opponent of DUI he presented concrete evidence of involvement of DUI officials in the brutal murder. The father accused Zaev of manipulating the evidence that could lead to the truth about “Monster” after the DUI coalition was concluded.

When we met with Zaev he said that he would give us 6 conversations state secret about 6 DUI officials. But later on they became 5. DUI was then their opponent. Zaev showed us the transcripts, pointed us to Nevzat Bejta and showed us the transcript of a conversation between Nevzat Bejta and defendant Fejzi Aziri. IHedid not fulfill his promise, for political reasons ihe did not give us those 5 state secrets, said Nakevski.

He went on, on behalf of all parents:

We demand that a search be conducted at the headquarters of SDSM. I claim that those transcripts are there. We demand that you confront us with Prime Minister Zaev, that we are not lying and inventing. Arrest him, we’ll wait for him!

In one of the rare interviews, Nakevski told “Alfa” that due to the political market, Zaev is a bigger monster than the killers.

In 2015 he promised us one thing, now he does something else. We are also revolted that Katica Janeva promised us that this would be their first case, but silence from there as you see. We think that she is also in a political agreement with SDSM and DUI, said Nakevski in October 2017.

The “Monster” case is being handled by Judge Ognen Stavrev, and the prosecution is represented by Fatime Fetai and Gavril Bubevski.