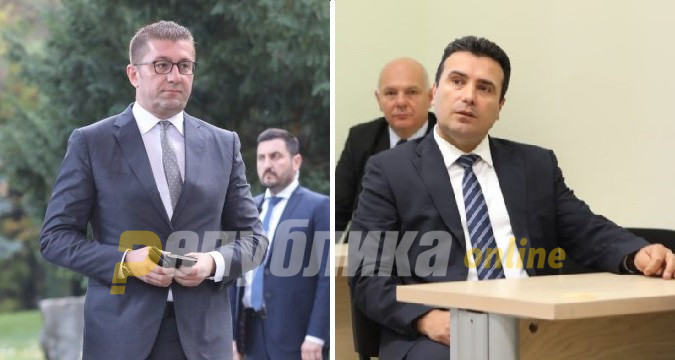 There is a way to ensure that SPO cases have an epilogue, says VMRO-DPMNE President Hristijan Mickoski, who, when asked by a journalist to comment on Zaev’s statements that after a change of government, SPO cases might be terminated, says it is only another hypocritical policy of Zaev.

On the one hand, in the Constitutional Court encourages amnesty, and on the other, he publicly says it fears. There is a way to ensure that those cases normally have a successful epilogue, that is, a conviction or acquittal. It is a fair and transparent court process that we have to wait and see how they end. But the only one who provided and negotiated amnesty in this state was Zoran Zaev when he was trying to push through the parliament an initiative for changes to the Criminal Code, in particular Article 353 and paragraph 3 and paragraph 5. The public reacted, and then the government said that in fact, it never submitted such a document, Mickoski recalled.

He added that on the one hand he speaks one thing in public before the press and on the other hand he is a good host of people involved in those cases and arranges another things with them.