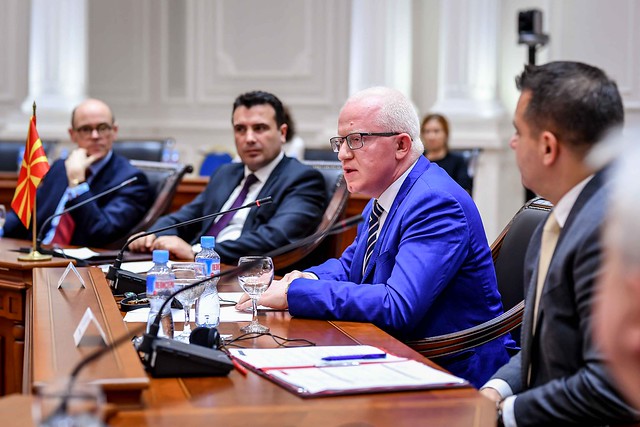 Prime Minister Zoran Zaev asked for time to review the latest leaked audio recording of his Secretary General Dragi Raskovski, before deciding whether this time he warrants a call for resignation.

Zaev famously defended Raskovski from the corruption allegations earlier this week saying that “nobody would ask for a bribe at a meeting with eight people present”.

Raskovski is suspected of trying to expedite a contract with an Italian producer of air traffic control equipment and to favor this company over others, based on his comments which were apparently secretly recorded by an official of the M-NAV air traffic agency during their meeting. Raskovski was also called out for the racist language he used against Italians and Roma, who he called “Gypsies” and against all “sub-equatorial” races in general.

I see that they are mentioning some minutes from the meeting, which confirms the essence of the meetings, but let me see the arguments, let me hear the tapes. I carefully follow the public in all these procedures and I stand on the position that nobody who was given an assignment, the honor and responsibility to perform a public office or to be of service to the citizens, to be in a way a boxing bag, Zaev said today, begrudging the way his right hand man is exposed to criticism.

Zaev himself grabbed power with the help illegally recorded audio tapes he used to accuse his predecessors of corruption, and was also himself twice charged with corruption as Mayor of Strumica, in one case recorded at a meeting, albeit with only one other person present. He was pardoned for the first charge and released by the court in the second one, which prompted allegations of his influence over the judiciary.

Raskovski also spoke out about the second leak, in which he is seemingly heard hushing the other participants in the meeting, in an apparent acknowledgement that they realize they are doing something illegal. He called on the press to ask the Italian Leonardo company if he has asked them for bribes. 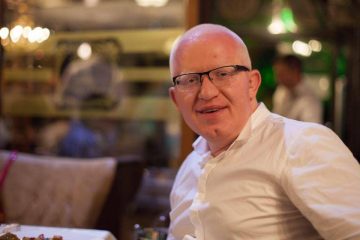 Meanwhile, Ivanka Vasilevska from VMRO-DPMNE called on the state prosecutors to investigate Raskovski. He is already being investigated by the Anti-Corruption Commission, but that procedure falls far short from an official investigation by the prosecutors.

Raskovski is heard ordering the M-NAV manager Kliment Cepunjovski to discuss the price and not the concept of this 7 million EUR deal. What is it in the concept that is non-negotiable? Is it something pre-agreed by Raskovski? According to the media reports, Raskovski gives a verbal order to Cepunjovski to make a decision on the deal, Vasilevska said. 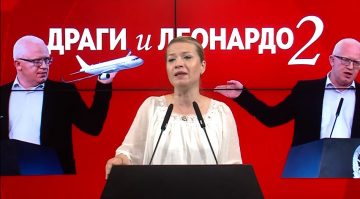 Many anti-corruption activists raised the issue of what was Raskovski even doing at the meeting, and he eventually acknowledged that he was there on orders from Prime Minister Zaev.

We believe that it is high time that prosecutors take interest in this seven million EUR bribery case which Dragi Raskovski, on behalf of Zoran Zaev, agreed with the Leonardo company. Prosecutors need to take urgent measures, to secure his presence, through detention, to limit his ability to flee the country or influence witnesses. The penalty for this type of crime is at least five years in prison, Vasilevska said.