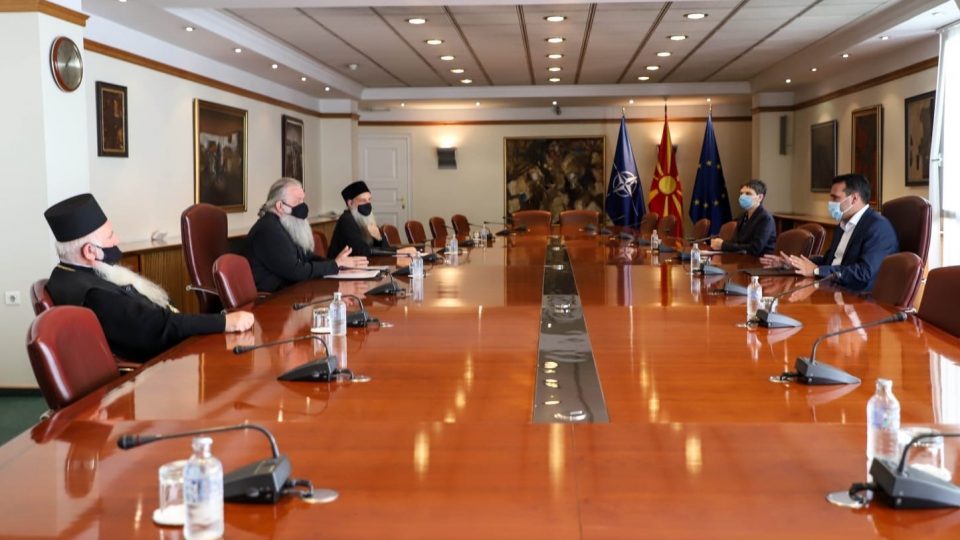 At the meeting, the representatives of the MOC-OA expressed gratitude for the letter sent by the Prime Minister to Patriarch Bartholomew and the Patriarchate of Constantinople and welcomed this initiative as an important support from the Government in the process of providing independence to MOC-OA, reads the government’s press release.

According to the government, at the meeting Prime Minister Zaev expressed readiness to encourage the engagement of institutional capacities to close the denationalization of properties belonging to the MOC-OA, as well as conservation projects for protection of church cultural heritage, which are priorities of the Ministry of Culture.