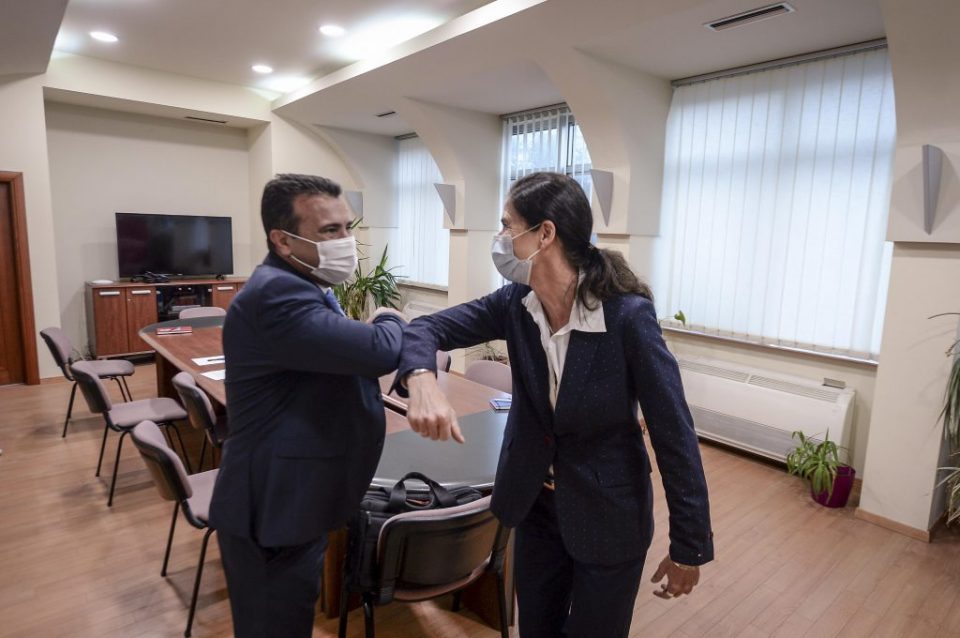 He, the party said in a press release, stressed economic advancement and implementation of judicial reforms as the new government’s top priorities.

We’ve entered negotiations to secure a stable parliamentary majority to form a new and responsible government with a four-year term, which is crucial for the EU accession process and economic stability. The new government, led by SDSM, will prioritize economic advancement and implementation of judicial reforms, Zaev noted.

Ambassador Holstein, the press release read, issued at the meeting congratulations on fair, free and democratic July 15 election. She expressed expectations that Germany will continue to support Macedonia’s efforts to achieve one of its strategic goals – joining the EU.

Participants also discussed at the meeting the coronavirus situation and bilateral relations.

SDSM’s leader noted that Germany is Macedonia’s biggest friend and strongest supporter when it comes to Euro Atlantic integration.

We’re truly thankful for the German support we’ve received over the years, not just from Chancellor Angela Merkel, but also from foreign ministers, Bundestag members and German MEPs. It’s an honour and a privilege to have a strong and honest ally such as Germany on our EU accession path. We’re convinced that by implementing reforms and taking part in the Berlin process, we’ll provide strong arguments to start talks during the German EU Presidency, Zaev said.